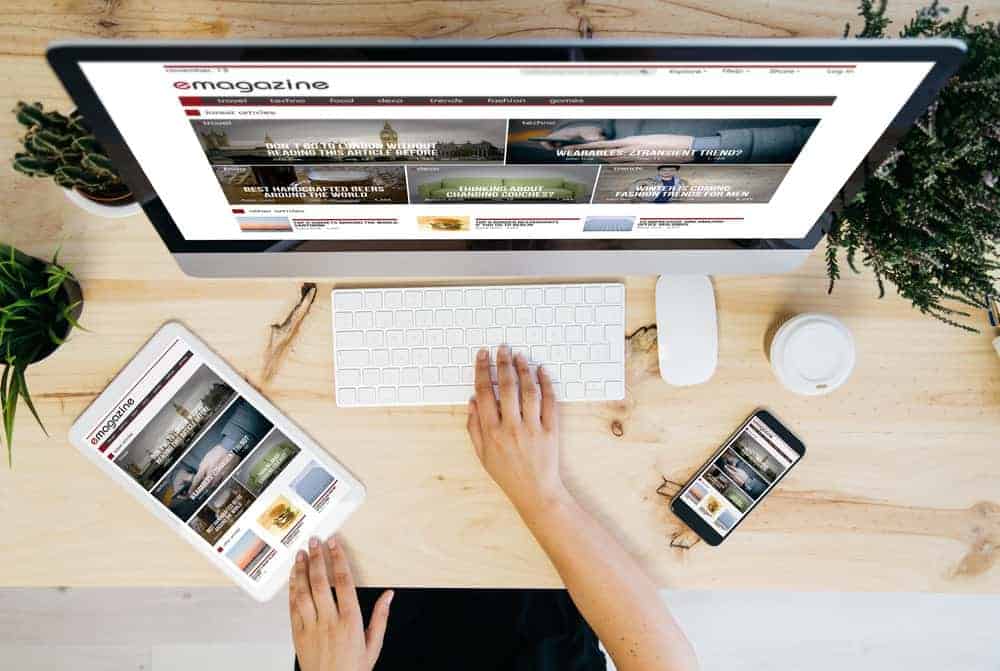 I published my first website in 2009.  I was working a full-time job then but started a site to see if I could make some extra money.  While my first site never made any money, I learned a lot and now publish several websites like this full time.

Along the way, I’ve tried many different hosting companies.

My first hosting company was Bluehost.  It was inexpensive and reasonably easy to set up.  Before launching my first site I had no idea how much I would need to pay or where to start looking.

While researching the topic I ended up on some guy’s website where he discussed being in my shoes a few years earlier and discussed how Bluehost was a good hosting service when he started out.

I had no idea he was an affiliate.  I didn’t know what affiliate marketing was.  He persuaded me that Bluehost was the way to go and so I did.

I stuck with Bluehost for many years.  In fact, I still have a hosting account with them.  However, I’ve since migrated my bigger sites to other hosting services since then.  That’s what this is about… your options for Bluehost alternatives whether you’re just starting out or have some serious traffic.

If you’re new to starting a website, you no doubt have heard of WordPress and also were told you could host your website with them FREE OF CHARGE.  Yes, that’s true.  Sounds good, doesn’t it?

See also  How to Convert Handwriting to Text in Apple Notes

While the hosting is good, you don’t actually own the website.  Your site is on the WordPress.com domain.  This is bad because they have stringent rules which if you breach can cancel your account and delete your site.

What you want to do is use a WordPress.org self-hosted site.   Yeah, it’s confusing at first.

The WordPress.org self-hosted site is the free software you use with a 3rd party hosting service to get your WordPress up and running.  But, you need to pay for that hosting.  The good news is hosting isn’t terribly expensive for new sites.

That said, you can use Tumblr in conjunction with your main, independently hosted website kind of like how you would use a Facebook page.  Tumblr can be used to promote your site.  I’ve done this quite a bit.  It’s pretty easy to get some decent traction on Tumblr, but I found people don’t really leave Tumblr for other sites so it wasn’t really worth it for me.

IMPORTANT:  There are quite a few free hosting options – Weebly and Wix are other popular options.  Yes, you can secure your own domain with them and then you own the site, but I’m a diehard WordPress user and for that reason, I recommend going with a WordPress website.

I’ve used Hostgator for a number of websites over the years.  Hostgator is owned by the same company that owns Bluehost (EIG).  Overall, Hostgator is just fine for smaller sites.  The customer support isn’t bad and it’s not expensive.

I know there are plenty of people who talk negatively about Hostgator and Bluehost and other low-cost hosting providers, but you really need put it in perspective.

Is Hostgator the best choice for millions of monthly website visitors?  In my opinion, no.

Is Hostgator good for a new website or a site getting 10,000 monthly visitors?  Yeah, it’s just fine.

Like Bluehost, Hostgator offers all the tools and services you need to get your site up and running quickly.  It’s a pretty easy-to-use backend.  They offer hosting plans for WordPress sites specifically.

All-in-all, Hostgator is a very viable alternative to Bluehost (it’s the same company after all).

I had a bad experience with Siteground, but it wasn’t their fault.  At the time I was with WPEngine who told me monthly monthly hosting cost would double.  I thought that was crazy so I started looking around for WPEngine alternatives.

I had read a lot of good reviews for Siteground and they offered WordPress hosting.  What attracted me was they would migrate all my sites for me and it wasn’t very expensive.  In fact, I was going to save a lot of money.

It turned out to be a terrible experience because I was used to the customer service levels offered by WPEngine.  I’m not terribly technical so I do rely a lot on customer support.  I ended up getting very frustrated; things were not operating well and so I scrambled looking for another hosting service.  All in all, I stayed at Siteground for 2 months.

While it was inexpensive and the servers were okay hosting myt high traffic sites, the customer service just wasn’t a good fit for me.

See also  What are the Different Types of Keyboards for Smartphones?

When it comes to name recognition in the domain registration and now website hosting space, GoDaddy is probably the most famous.  I’ve had a few hosting plans with GoDaddy over the years and of course have registered domains with them.

The hosting was fine.  Their customer support is very good.  The downside is I find the backend more difficult to navigate and use than Bluehost or Hostgator.  I’ve been in the backend of GoDaddy many times, but am constantly having to ask for help.

GoDaddy offers a good variety of pricing options for WordPress hosting, including low cost hosting so it’s a solid solution for smaller sites.

WPEngine, if not the first, was one of the first companies to offer hosting designed specifically for WordPress websites.  They cost much more than Bluehost, but they tout excellent performance.

While their customer service is amazing (really friendly and knowledgeable), I didn’t have all that great of website performance with them.  I used the WPEngine CDN which didn’t seem to work well for me.  I say all this reluctantly because I have friends with huge sites and lots of traffic who like WPEngine.

Fortunately for me WPEngine told my my monthly cost was going to double, which prompted me to look elsewhere.  That search resulted in my find Kinsta which is the best hosting I’ve ever had.

See also  How to Find Someone on Telegram App

Synthesis was overall a good experience and the cost is excellent for premium WordPress hosting.

Website performance was good.  My only problem with them was their support was via tickets only.  I stuck with them for quite a while because performace was good but the lack of live support drove me crazy.  I had finally had enough so I switched to WPEngine (and from WPEngine went to Siteground and then ultimately Kinsta).

Ahhh, Kinsta.  I can’t say enough good things about this hosting service.  Since moving all my sites to Kinsta (about 1.5 years ago), they’ve never loaded so fast and performed so well.  The customer support is absolutely amazing.  My cost with them is lower than it was with WPEngine.

The only downside for some people is they don’t offer super cheap hosting.  Their starter plan is $30 per month, which is only necessary if you have some decent traffic.

But, once you get decent traffic, you have to try Kinsta.

How do you choose a hosting service?

In my view, there are 4 main considerations:

The consideration that’s most important depends on where you’re at with your website.

If your site is new and you’re starting out, cost and ease-of-use are most important.  In this case, simple hosting services like Bluehost, Hostgator, GoDaddy and even Siteground are good.  They’re low cost and pretty easy to use.  They all offer 24/7 support (live chat which is great).

However, once you start getting some serious traffic (200,000 monthly visitors), it’s time to think about better performance.  That’s where WPEngine, Synthesis and Kinsta come into play.  These three hosting options cost more money, but their built to service higher traffic WordPress websites.

See also  Can You Use Wifi to Make Calls? If so, How?

No, Bluehost is not bad at all.  While I think Kinsta is better for my needs (millions of monthly website visitors), I did very well by Bluehost over the years.  I find the backend is slow to use now (it used to not be so slow), but other than that it’s inexpensive, has decent customer support and it’s pretty easy to get your site up and running.  They offer domain registration, email… pretty much a one-stop-shop for getting your website launched.

Should you use a hosting service other than Bluehost?

If you have a new site or not much traffic (under 200,000 monthly visitors), I actually recommend Bluehost.  It’s the service I used for years for most of my sites until it was time for something better.  I use Kinsta now but Kinsta costs quite a bit more than Bluehost so unless you have lots of traffic, Bluehost is a good option.

That said, if you’re with Bluehost and you can’t seem to get your site to load fast (maybe you use a lot of images or have extensive server requirements), either try a more premium plan with Bluehost… or better yet, try Kinsta.

Which hosting service do I currently use?

All of my sites are with Kinsta.  I’ve been with Kinsta for about 1.5 years. It’s the best service I’ve ever used.

As mentioned above, I still have a Bluehost hosting account for email management.  I no longer have any sites hosted on the account.