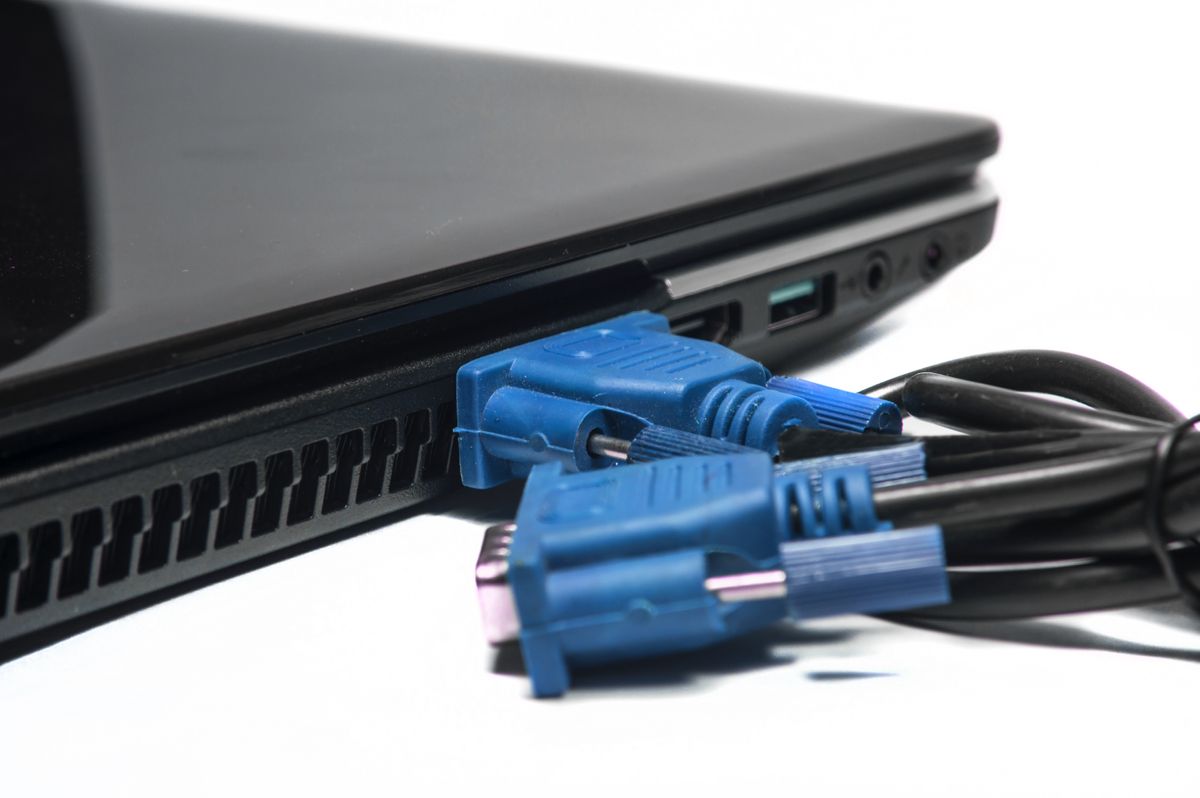 I learned that it’s possible to get a VGA to HDMI cable. I’ve used them myself when connecting a larger monitor to my laptop. However, you need to know what you can use it for and the difference between the cable and converter.

What is a VGA to HDMI cable used for?

This includes laptops, desktop computers, projectors, TVs, and monitors. However, you might have instances during which it won’t work, and you might wonder why.

Why doesn’t my VGA to HDMI cable work? 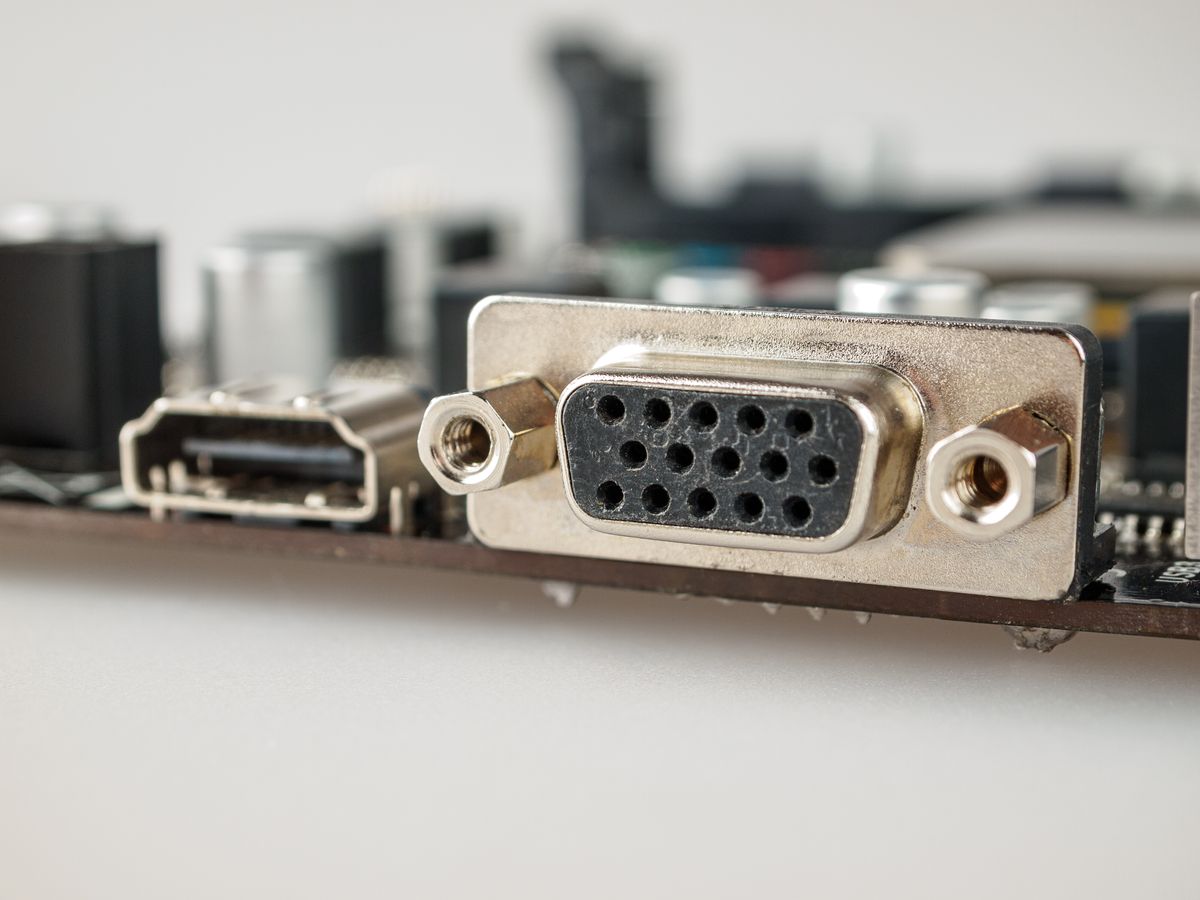 “You probably bought an HDMI to VGA cable.  That won’t work in reverse.”

That’s what a Microsoft Answers volunteer moderator says. I don’t understand why some VGA to HDMI cords exist if they won’t allow you to connect your computer to your TV, but they don’t always work.

What you’re dealing with might be the difference between a VGA or an HDMI cable and a converter with the same connecting ends. If the cord you’re using won’t convert analog to digital, your monitor might not detect it.

What is the difference between a VGA to HDMI converter and cable?

Both the VGA to HDMI converter and cable will connect your computer to a TV or projector that has an HDMI input. However, the converter may provide better quality sound and allow you to use your TV speakers as the audio output.

Standard VGA cords that don’t convert the digital to analog cords might not work the same way as the converter because the older cords don’t always transmit audio.

What happens if I use the wrong type of HDMI cord?

If you have a cable that doesn’t change the analog connection into a digital one, it might not produce sound. The picture quality may not appear as clear as if you use a VGA to HDMI adapter that does the analog to digital conversion for you.

However, that depends on how old your computer is and if your monitor can accommodate for laptops that only allow for an analog connection. Make sure you read your product specifications and match them with the specifications of the converter cord you plan to buy. If you don’t know, ask someone before you make your decision.

Why don’t I have a picture after connecting my VGA to HDMI cord?

If you’re connecting your VGA to HDMI cord to a monitor, you need to make sure you turned it to the correct input channel. After pressing “input” on your remote (or button with a similar function), you would then either press the up and down arrow or on your remote or keep pressing that “input” button until it says, “HDMI1,” “HDMI2,” etc.

Confirm that all connection ends match up properly with the ports where you have inserted them. If it feels looser than it should be, you probably inserted one end into the wrong port (i.e., a DisplayPort instead of an HDMI one, which usually won’t fit anyway).

You may need to double-check device compatibility. For instance, some HDMI adapters only connect with Mac devices, and others may only function with Windows devices. Similarly, some monitors also may only work with certain computer operating systems, although the ones produced after about 2010 probably are universal.

How can I make my TV compatible to use an HDMI port? 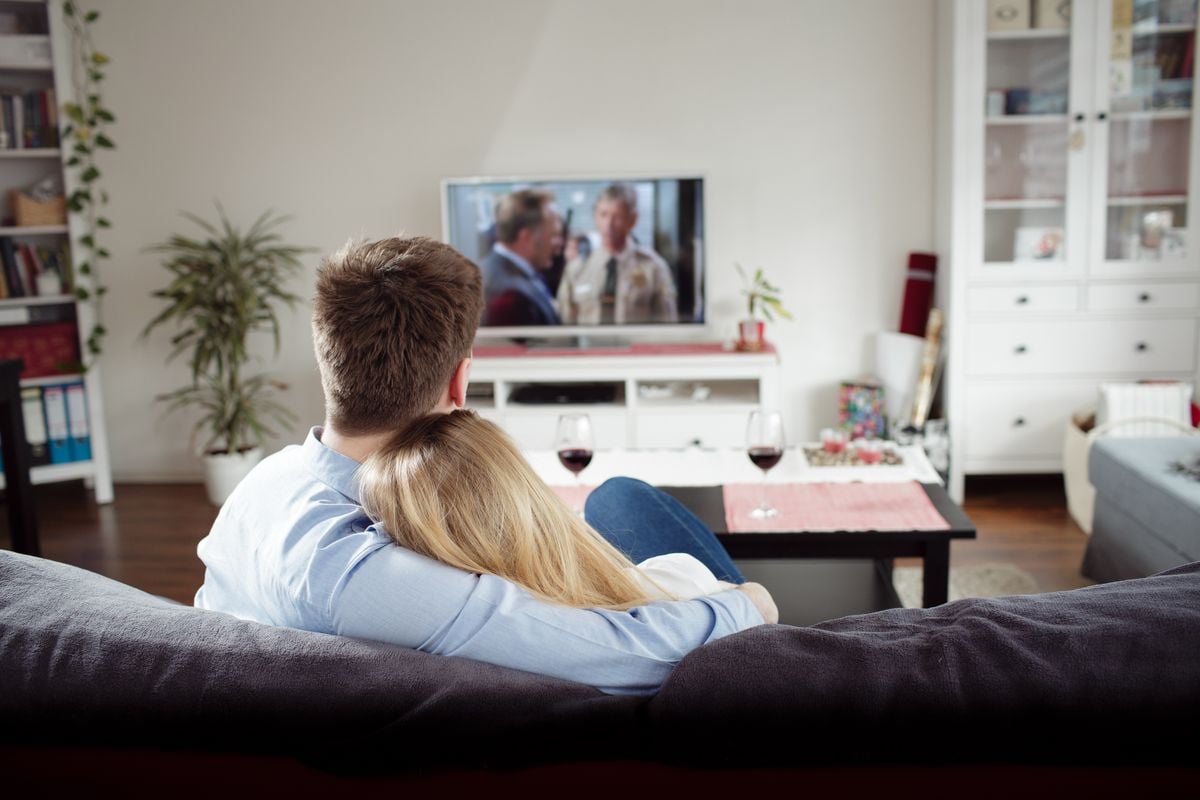 As of 2022, most TVs are HD after digital signals became the standard over analog signals in 2009. At this time, everyone needed to purchase a converter box, which many households acquired for free with government vouchers.

If you have a TV from before 2009, you may need an HDMI converter that plugs into your audio-video (AV) port. Most TVs after about 2015 have a built-in HDMI port, so you don’t need a converter for those.

How do I know if my model of TV can connect to HDMI?

It would have a port on it that looks like this:

A mini-HDMI port looks like the above picture only a little smaller. Either way, this will confirm that your TV has an HDMI connection slot where you can plug in your cord. If you’ve ever seen the “HDMI” flash across your screen when you turn it on, that may also indicate your TV has HDMI connection capabilities.

What if I have just a cable and not a converter? 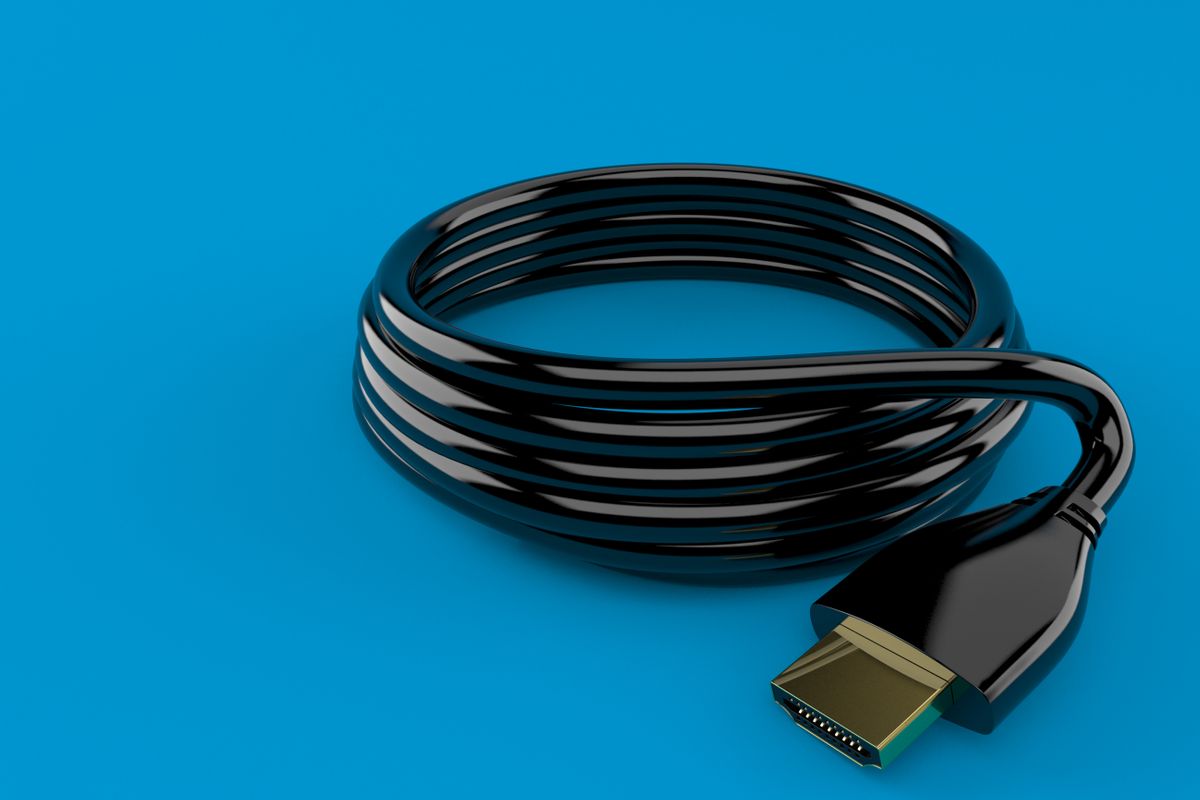 If all you want to do is display your computer screen on your TV monitor, you won’t need anything more than the cable with the VGA and HDMI ends. Otherwise, you’ll need an antenna or a cable service for your TV to watch live shows.

See also  Can You Transfer Data with an HDMI Cable?

Alternatively, you might need a device, such as a Roku, that will connect to TV or movie channels using the Internet. Newer TVs with smart technology and computers connect monitors wirelessly via Wi-Fi.

Will my VGA to HDMI cord project my computer to my TV? 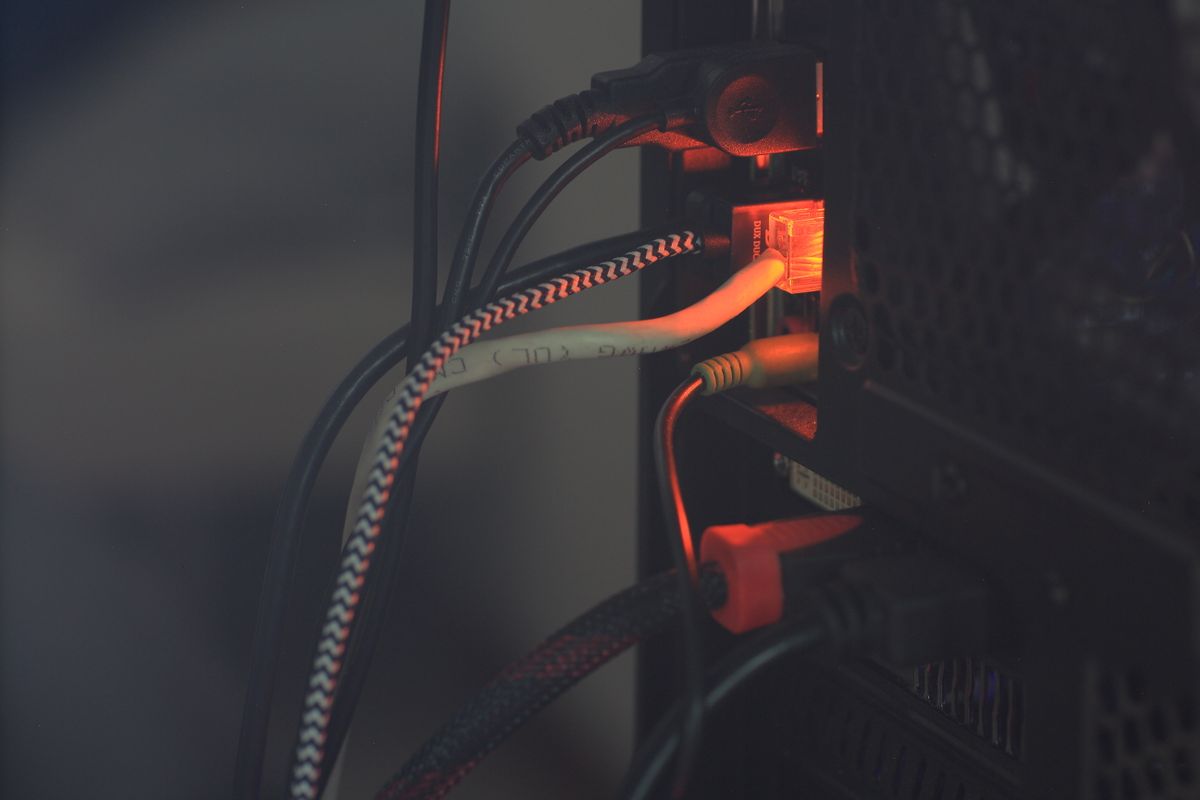 In most cases, it will, but it depends on the type of connection you want to access. In this case, you need a VGA output on your computer and an HDMI output on your TV. If you don’t have that, you might need a different cord.

In some cases, you might need a DVI-to-HDMI adapter. Otherwise, you’d achieve the outcome you want if your computer has an HDMI output and just use an HDMI cord to plug it into your TV. Wi-Fi display connections also are possible.

No matter how you decide to connect your computer to your TV, you will have to use your remote to switch it to the correct input channel. In this case, you have to set your monitor to the “PC” input channel.

Why do I need a VGA to HDMI cable?

A VGA to HDMI cable will connect your computer’s VGA output to a monitor’s HDMI input. You can use it for connecting a computer or laptop to an external display. In some cases, you can use the VGA to HDMI cable to connect a DVD player or game console.

Benefits Of Using A VGA To HDMI Cable

You can use it to connect your computer’s video output to your TV, monitor, or projector. It also allows you to watch videos on your TV without the need of an extra video card. In the process, it can provide you with high-quality video and audio outputs.

What is the VGA to HDMI Cable Resolution?

Some older cords may only support 640×480 resolutions, but the newest cables support a minimum of 1920×1080 or higher resolutions. If you have a 4K or 8K TV, you may have to look for cords that correspond to that, but if you purchase that high of a quality of a monitor, you might as well just replace your computer too.