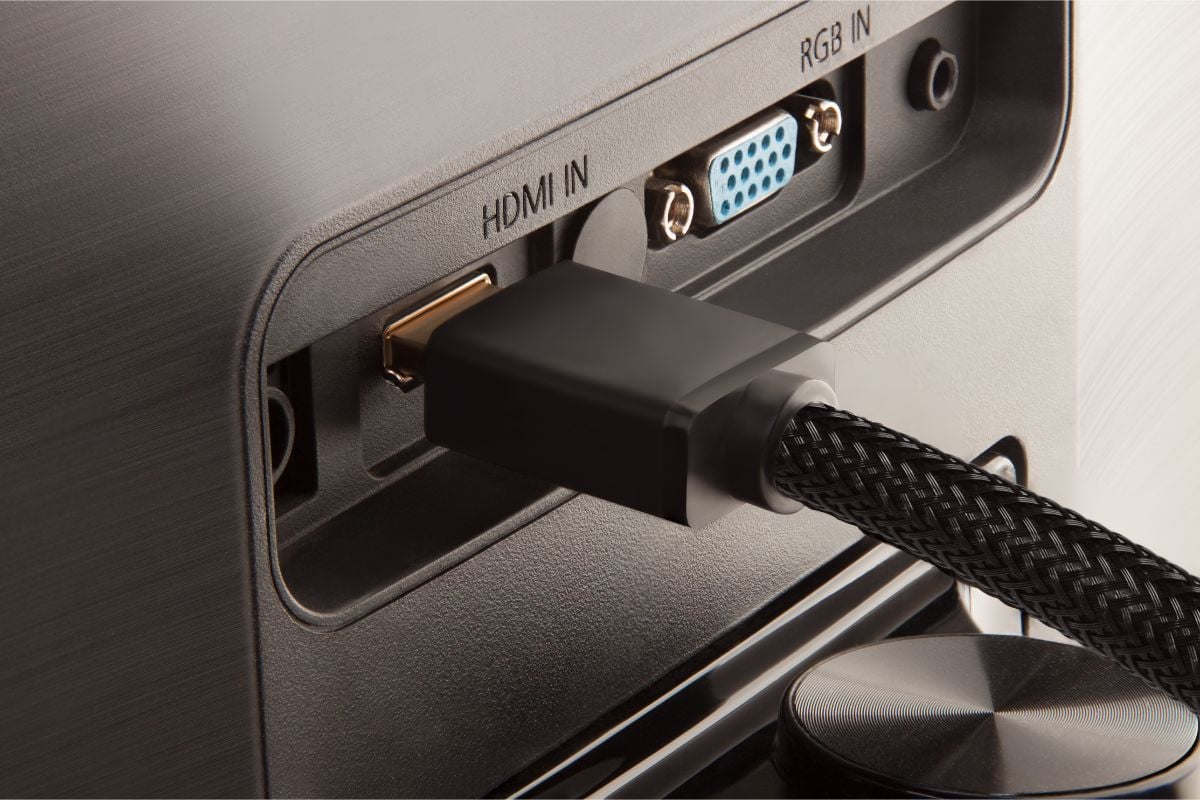 One thing you’ll find in almost every home today that you wouldn’t have 50 years ago is a cable box. No, not to give your television more channels. I mean a literal box with a multitude of cables in it. Sometimes they are stored in a clear plastic tub with a lid on the top shelf of someone’s closet. Other times it’s a cardboard box in the garage.

Do all the cords in the box have a purpose in the house? Not necessarily. Can you get rid of any of them? No, absolutely not. In recent years, a new addition has replaced old phone cords and outdated USB chargers. That, my friend, is the HDMI cable.

With the incredible increase in graphic capabilities, HDMI is becoming standard on monitors, TVs, and gaming consoles alike. Currently, over 10,000,000 devices that use HDMI are out in the wild. Well, people’s homes, anyway.

Since a majority of monitors use that type of connection these days, they do tend to come with the purchase of a new monitor. However, never assume yours will. Be sure to check with the manufacturer if the listing doesn’t include an HDMI cable. 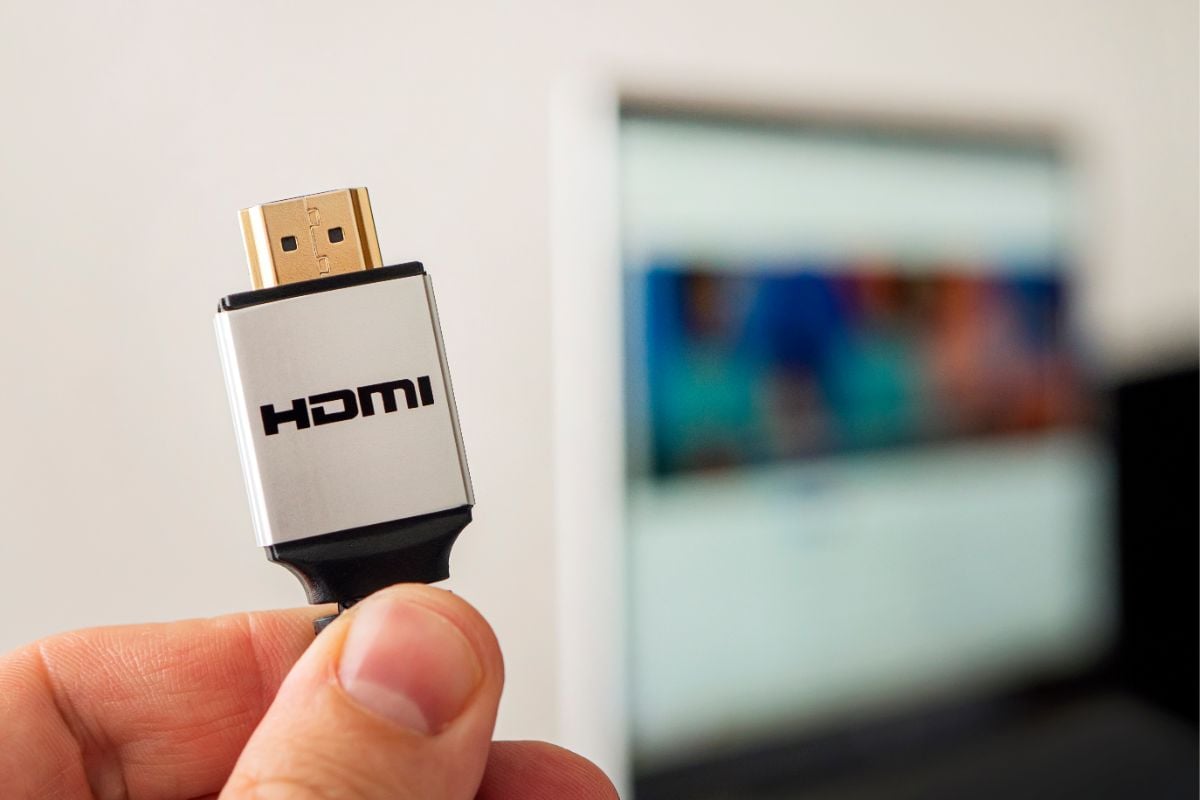 HDMI, High-Definition Multimedia Interface, is a way to transmit video and audio digitally from either a computer, cable box, or gaming console to a computer or TV. HDMI is everywhere because of the picture it provides. The high resolution makes for a clearer, smoother visual.

The audio is crisper as well. Remember back in the day when sound cards were only built to have one sound played at a time? How we have progressed. HDMI began hitting the electronics scene in the mid-2000s. So, your monitor is less likely to come with an HDMI cable if it’s in the neighborhood of 20 years old or more.

See also  Can You Use a Wireless Charger with a Popsocket?

Of course, it might be heavier and have that static on the screen when it first comes on. Oh, it also would not be as clear. Kind of like watching old videos from the 90s vs now. 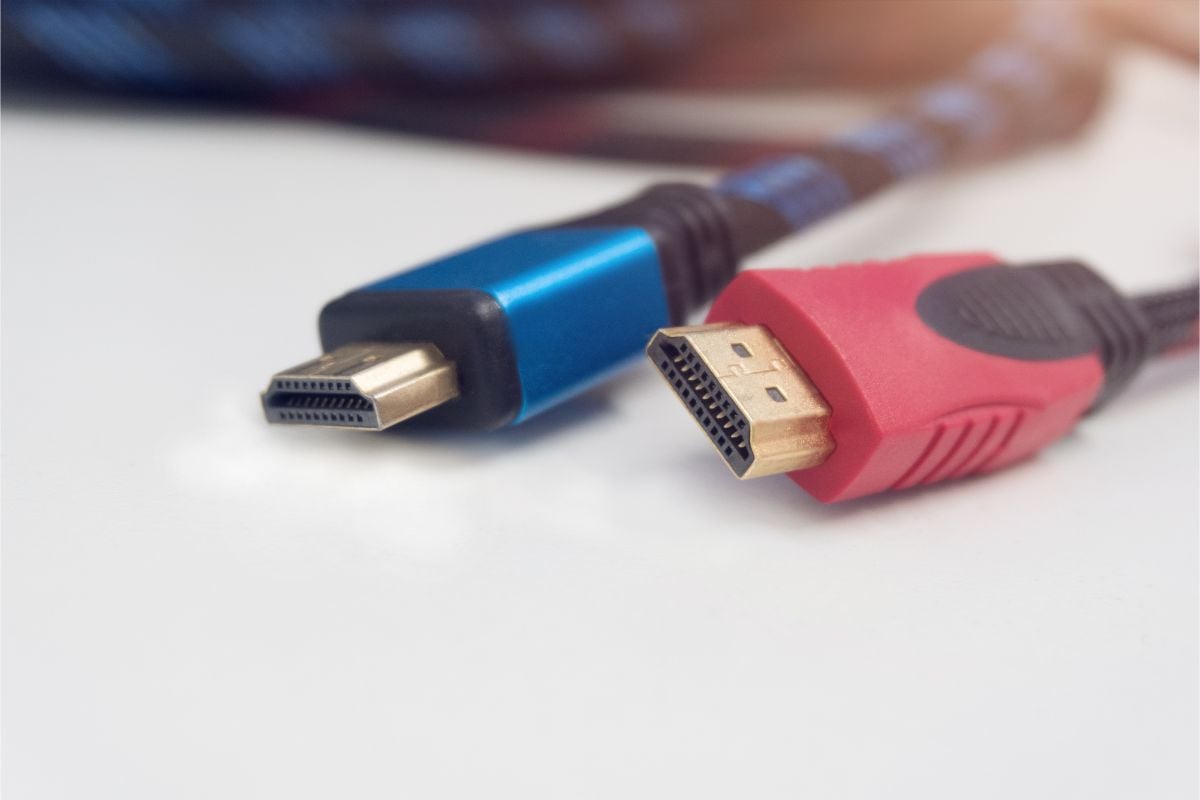 There are a few different types of these cables with various ports. Of course, the type of cable you need is dependent on what type of port you’re trying to connect to. You can find a standard six-foot cable for around $7 online. Then there are more expensive, even gold-plated versions.

Gold-plating is supposed to be better for a few reasons. The first is the gold keeps the cables from oxidizing, something that could happen with the regular kind. They also have larger conductors and are more durable. Does that make pricier cables better? It does not.

“Spending more on HDMI cables shouldn’t really affect the quality of your picture. They shouldn’t offer any noticeable visual or audio benefits over cheaper HDMI cables,” Luke Edwards of Top Ten Reviews explained. The reality is that what you’re paying for is something that will last longer.

If you don’t plan to be moving or handling it often, a standard HDMI cable will last a long time. For the typical computer to monitor or Xbox to TV set up, it does not make enough of a difference to shell out the extra coin for.

A more durable cord could come in handy if it’s being used for something that will have a lot of hands-on activities. For example, if your teenager takes their PS5 over to a friend’s house for gaming, or you’re connecting to a projector that is used in multiple rooms. That’s when you need durability the most. 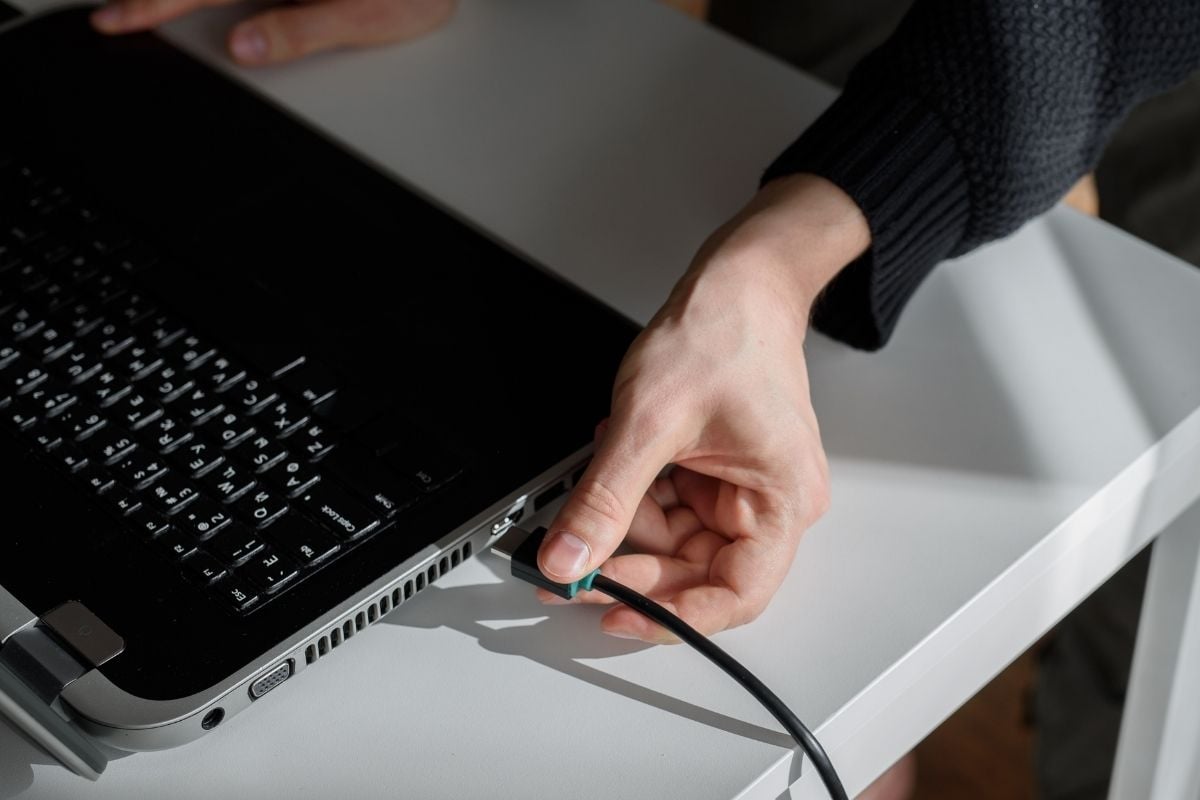 If there are little people in your home, or even fur people, it’s possible you’ve incurred the one thing an owner of expensive equipment dreads; breakage. It always seems like no one respects things like monitors and TVs the way you do, especially those with no concept of money.

Or worse, you just made a big move that was hastily done. You get to your new space and have everything to set up your office except your HDMI cables. Unfortunately, the majority of your things are hours away in storage. Thankfully, you’re not the only one who has a cable box on hand.

I guess there’s a reason I always feel like I’m leaving something behind. So, in the process of replacing a busted monitor, you might have tossed the cords attached into your assorted cable box. We’ve established that if you buy a new monitor, it’s almost guaranteed that you’ll get an HDMI cable with it.

But what if you aren’t buying new? As fast as electronics get outdated, it’s not a struggle to find a monitor at a steal online or locally. Sometimes those great prices come with things like no HDMI cable.

Technically, you shouldn’t have a problem using an HDMI cable for your monitor that was just in a box. An older version should also do fine, even if it’s not quite as good as a new one. If it fits into the port on the back of the computer and monitor, there’s no reason why you can’t use it.

What cables would I need for a dual monitor setup? 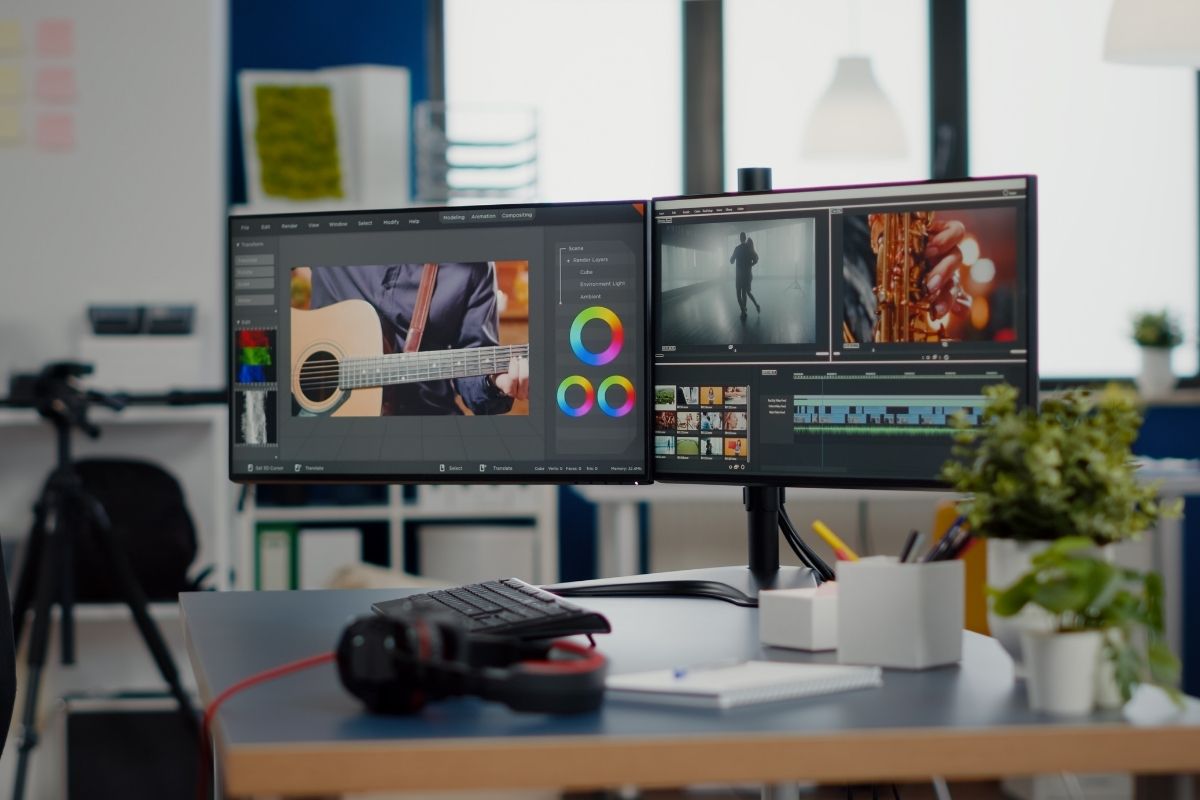 Dual monitor displays are becoming more popular, especially as more people are working from home. Having the option to really make the workspace your own means not having to cram everything onto one screen. For this, you will still use HDMI cables.

The structure will work the same as it does with one monitor. You’ll plug the HDMI cable that is connected to the monitor into another HDMI port on the computer. If you’re trying to use two monitors on a laptop that only has one HDMI port, it can still work.

However, you will just need to obtain a display splitter. A splitter will enable you to maximize one port so that both cables can be plugged in. These come for about $12 online and have space for two, but you can also get a splitter with several open slots. Imagine how much detail you could get on a PC game with four monitors.

What other cables come with monitors? 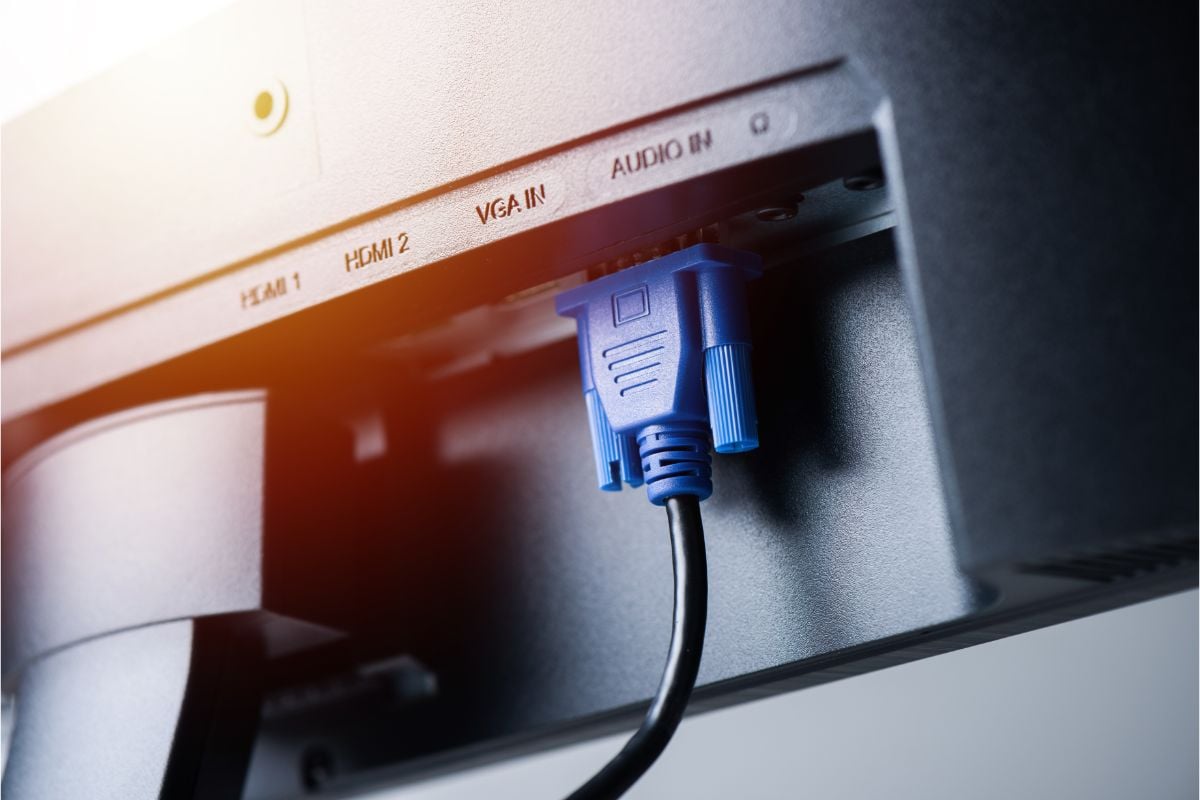 Aside from a data cable, such as HDMI, all monitors must come with a power cord. This isn’t just a run-of-the-mill power cord that you can find in your assorted cable box. There’s a lot of planning that goes into putting together a cord that controls the amount of energy that flows into the monitor.

The cord in question is usually a bit thicker and built to protect the computer and monitor for a power surge. It should be noted that the best way to connect your monitor’s power cord to a power source is not by directly plugging it into the wall. “Surge protectors will help extend the lifespan of your electronics.

Power outages, grid malfunctions, and several other electronic problems cause spikes, leaving your electronics at risk,” Early Bird Electronic warned. Make an investment in safety and your own peace of mind by purchasing a surge protector. On the hopefully unlikely chance that lightning hits your house, your computer and monitor will remain intact.

See also  Can You Charge a Laptop with an HDMI Cable? If so, How?