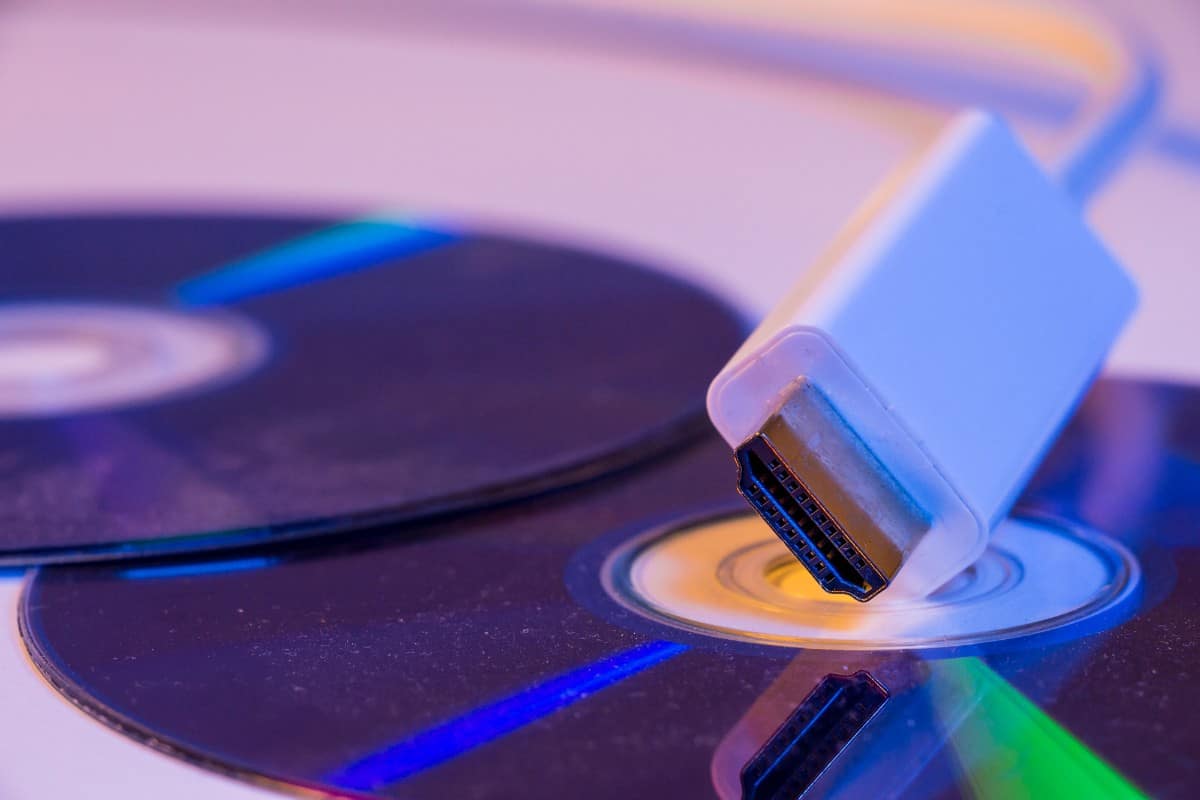 You can use HDMI cables to send high-definition audio and video between two devices. When utilizing an HDMI cable and experiencing audio problems, maybe you’re not receiving audio from the source device. If so, the settings, the hardware, or a faulty cable might be causing the problem.

Believe me, when I say, the greatest picture is only possible with top-of-the-line equipment, and that includes the cables that link to your home entertainment system. With a house full of techies, I know this because everything in my home is high-tech, and HDMI cables are connected to everything plus extras in storage. 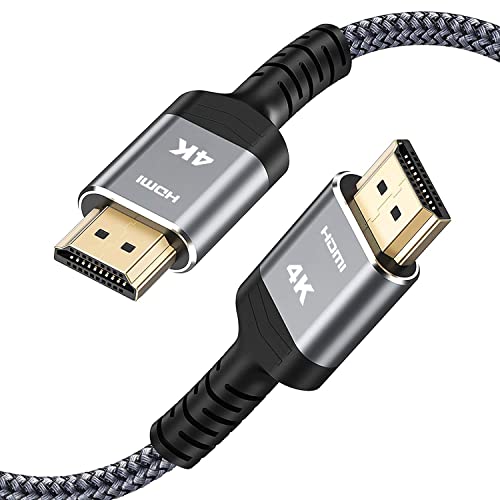 According to Samsung(and I agree) for high-definition audio and video, HDMI and components are the two most preferable connectors. In terms of performance, both are excellent, but HDMI is the superior option. With only one cable, you can get better picture quality, surround sound, 3D support, and more, as compared to many cables using component connectors, all with a single video/audio connection.

What Does HDMI Carry? 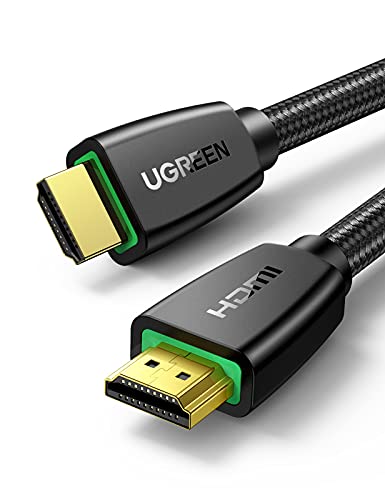 I’ll begin with the fundamentals. HDMI is capable of transporting audio as well as video, as I mentioned earlier. State-of-the-art digital video signals can be transmitted using this technology. HDMI transmits video in its native format, which is uncompressed.

Work presentations or distributing news feeds to a small area benefit greatly from HDMI. Your television is likely to have HDMI connections linked to it, enabling you to view movies or listen to music while you’re at home.

HDMI can successfully deliver compressed or uncompressed digital audio using the same cable. As a result, you’ll be able to maintain a more tidy appearance in your own home or when using digital equipment at events.

You can play music on another device with your MacBook and an HDMI cable thanks to the adaptability of HDMI cables. It’s also possible to stream music from your computer’s hard drive to a television via an HDMI cable. Audio signals can be transmitted between two devices with the use of an adapter when they can’t be connected directly via HDMI. 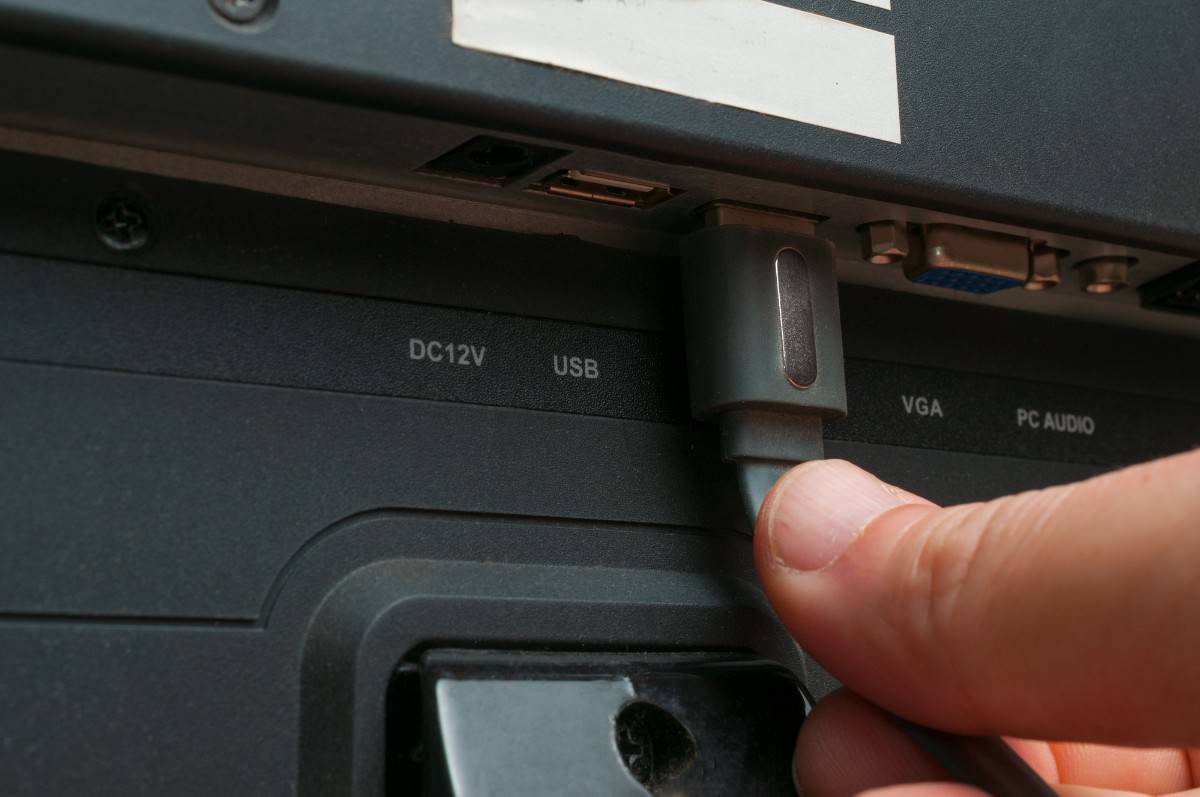 The fact that HDMI and components both allow 1080p video resolution doesn’t necessarily mean that the visual quality is equivalent. Because HDMI is a digital cable, your digital Blu-ray disc doesn’t have to be converted as it would be with a cable that is an analog component. A digital signal is always maintained through HDMI, plus the TV knows precisely where the edges should be placed.

Numerous HD downloads, as well as Blu-ray discs, necessitate the use of HDCP, which HDMI enables. If you connect to a component, you may be presented with a lower-quality version of the material. HDMI should be used to connect all devices that touch your video signal, like an audio and video receiver, so that the HDCP link may be maintained.

HDTVs using HDMI 1.4, which provides more color space, are more common. HD 1080p 3D video requires HDMI 1.4’s high bandwidth since it employs two images to go with each eye to create the 3D effect. Component connections, on the other hand, may result in increased compression or a reduction in image quality. 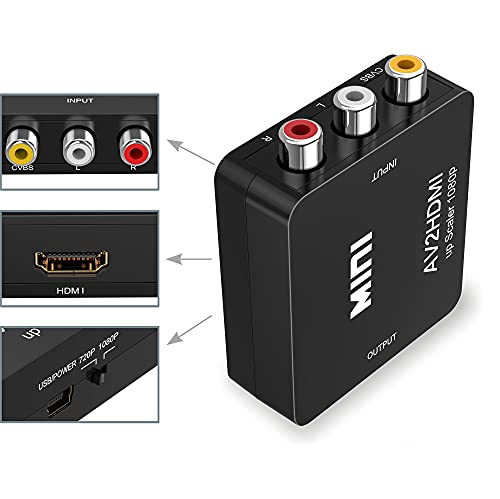 In addition to its video capabilities, HDMI will also transmit audio with no additional cable use necessary. HDMI 7.1-channel audio in theater-grade quality is supported by HDMI when using Dolby TrueHD or DTS-HD over HDMI. The audio return channel in HDMI 1.4 allows audio from the TV tuner to transmit to your receiver. Audio, as well as video processing delays, are automatically equalized, resulting in audio and pictures that are always in sync. 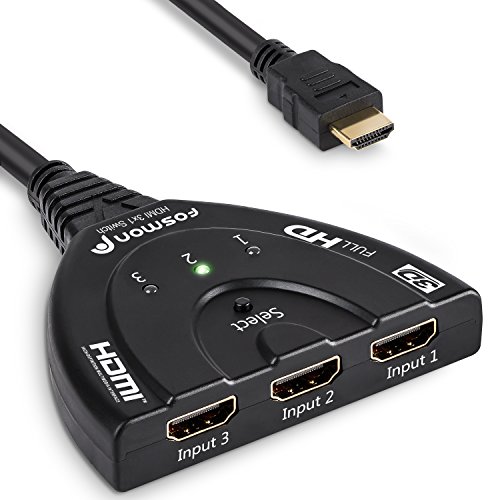 For some HDMI-output cable boxes, a switch on the box must also be moved to designate that the TV’s audio output should go through the HDMI cable rather than another connected one. Using a different cable to link the audio to your TV and specifying that the audio output is through that wire on the cable box is the only option if you don’t require the audio output over HDMI. 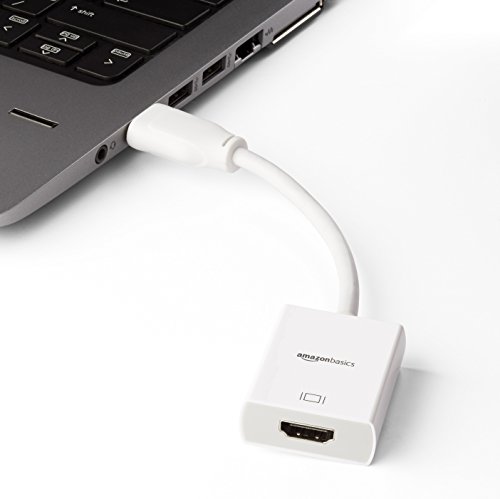 Using the Control Panel, click “Hardware and Sound,” and then check your computer’s settings. You’ll need to choose “Sound” followed by “Playback.” Select “Apply” and then “OK” after selecting the HDMI gadget from the drop-down menu.

There are often volume controls built into DVD and Blu-ray players, as well as on the remote control. The volume must be turned up on all of these gadgets, not just the TV. It is also necessary to ensure that the audio for your device is established such that it can transmit over an HDMI cable.

See also  What are the Different Types of HDMI Cables?

Getting Your HDMI to Function Properly 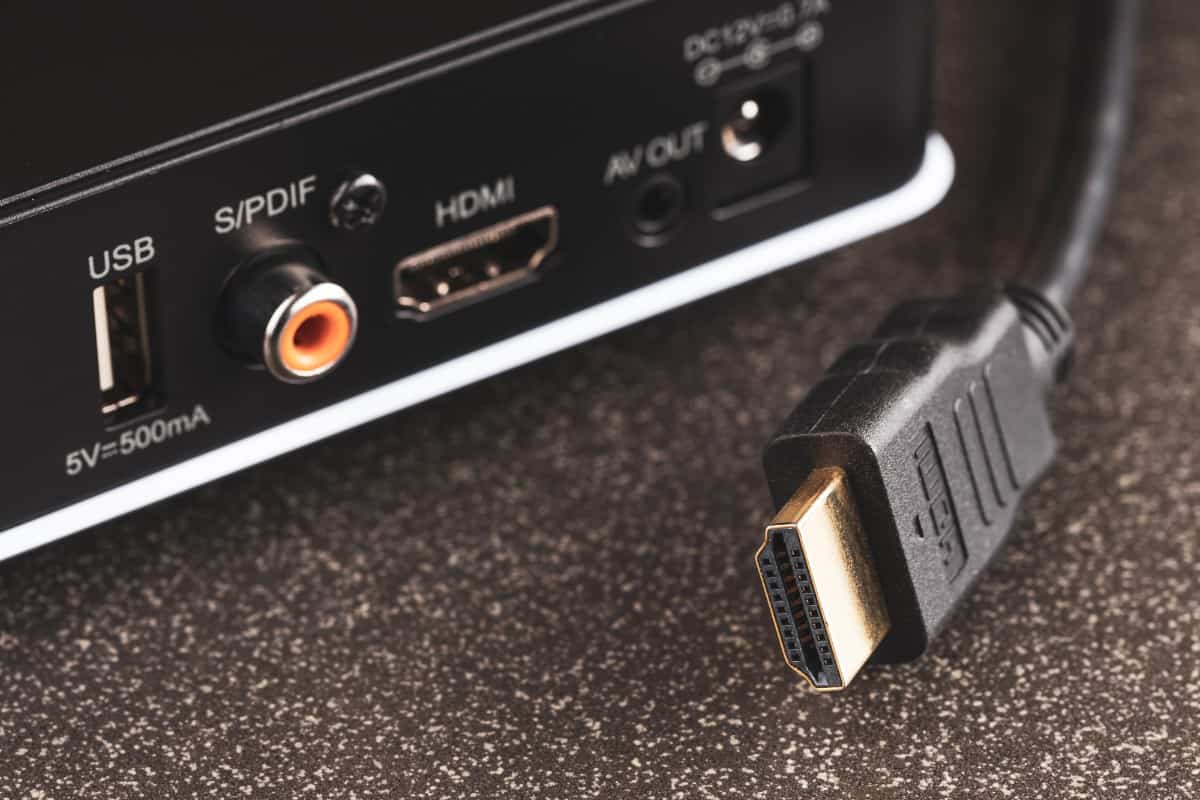 Keep an eye on the HDMI cable and make sure it’s securely attached to both the device source and the target device. You might see an image, yet not get any audio, if the gadget is not properly connected. Neither the device source nor the equipment on which you’re watching the source should have its volume reduced or muted.

See if the device source or the equipment you’re trying to see the source on has any software updates. For instance, your television’s firmware might require an update. Try a different HDMI cable if the one you’re using is worn-out or damaged. 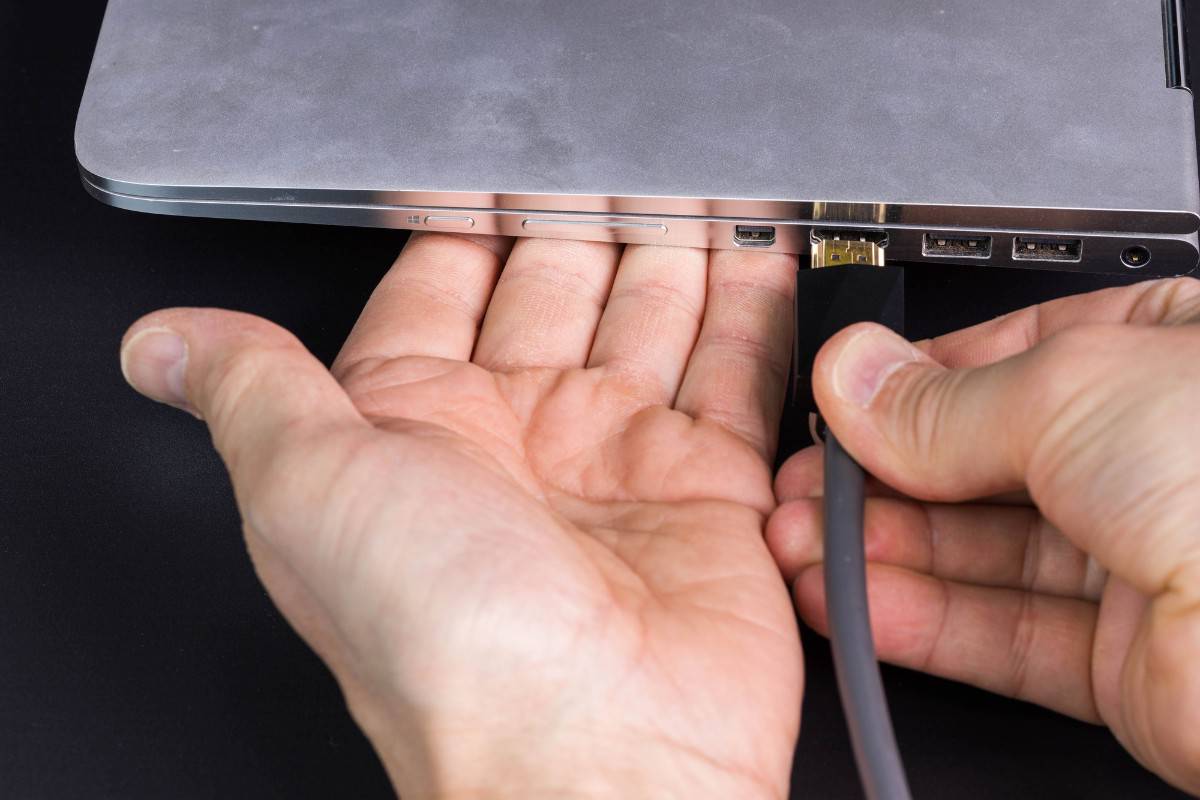 A proprietary audio/video interface, HDMI stands for High-Definition Multimedia Interface, and it’s commonly used on computers, monitors, TVs as well as other devices to send audio and video data seamlessly. In terms of 3D capability, surround-sound audio, image quality, and more, HDMI is superior to other interfaces such as component video cables.

Want to change the format of your AVI video and audio files?

Is audio supported by HDMI? Of course, HDMI is capable of transporting both audio and visual data. What’s the point of asking such questions? Because many people have connected their systems and get no audio, so they assume it doesn’t carry audio, which is understandable. In the following sections, you will find instructions on how to solve HDMI audio not working on Windows computers and TVs.

Windows do not play sound through the HDMI port.

See also  Can You Transfer Data with an HDMI Cable?