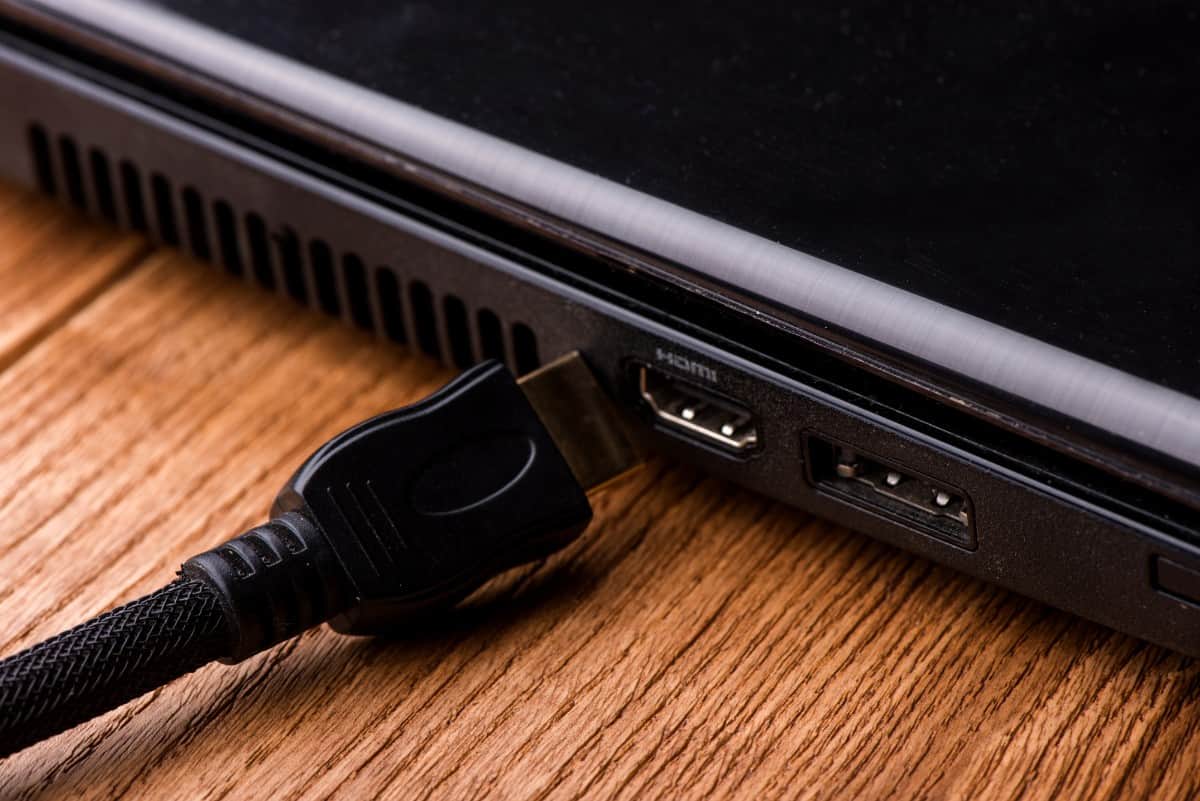 Have you used an HDMI (High Definition Multimedia Interface) to project audio/video from your computer to a TV or monitor? If so, perhaps you (like me) have thought to yourself, “Hey, this cable works well for projecting—couldn’t I also use it for transferring data?” After all, why couldn’t a high-speed media cable that has a connector on both ends be plugged into the HDMI port of two laptops, for example?

The short answer to this question is, “No, you can’t transfer data from one computer to another with an HDMI cable.” Unfortunately, an HDMI cable is designed for one standard purpose: to carry packets of audio/video data from a source to a display.

Read on to find out more about why an HDMI cable can’t be used to transfer data from one computer to another, as well as a few suggestions for other means of accomplishing that task.

What is an HDMI Cable? 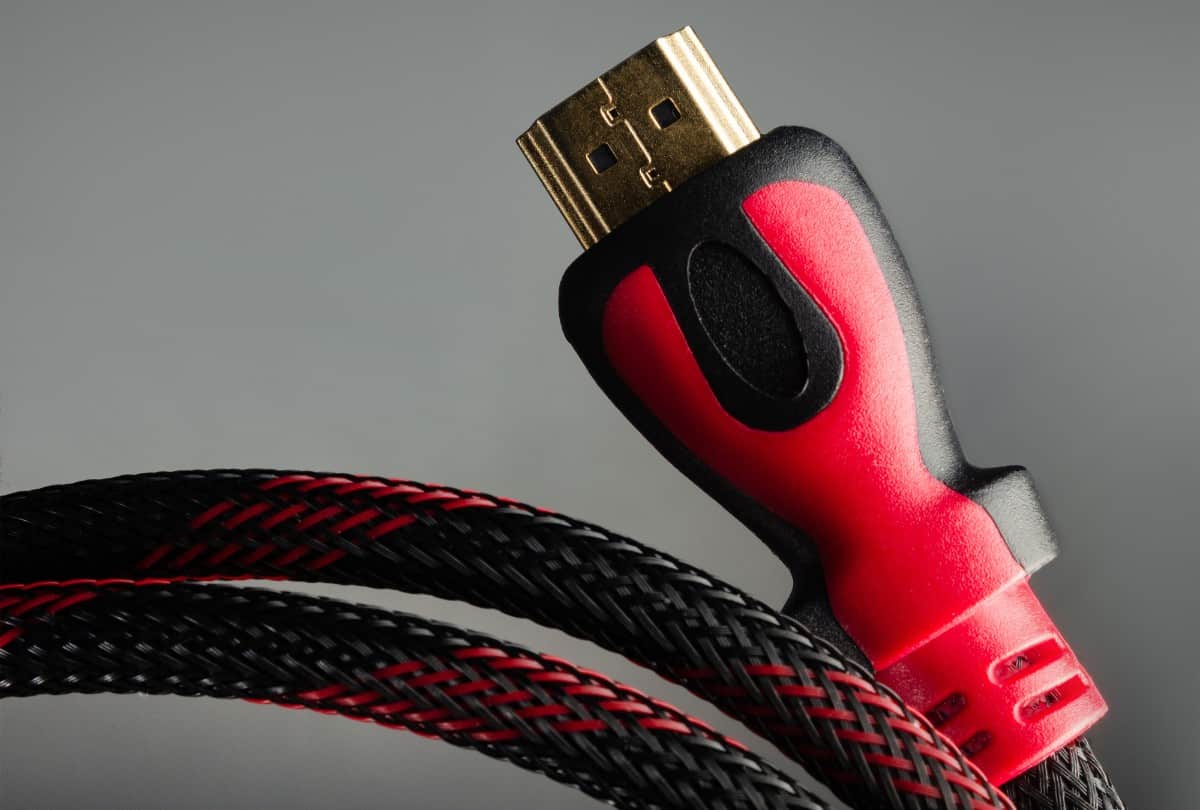 HDMI stands for high-definition multimedia interface. HDMI is a proprietary (meaning someone invented it) type of connector for transferring digital audio and video. The original inventors are names you might recognize: Hitachi, Panasonic, Sony, Phillips, and Toshiba.

Most computers have an HDMI port, and most TVs and projectors have a similar place to plug in an HDMI cable. Once the cable is plugged in to both devices, it is possible to project the video and/or play the audio on the connected device (the TV, projector, or speaker) in addition to, or instead of, your computer’s usual display.

How Does an HDMI Cable Transfer Information? 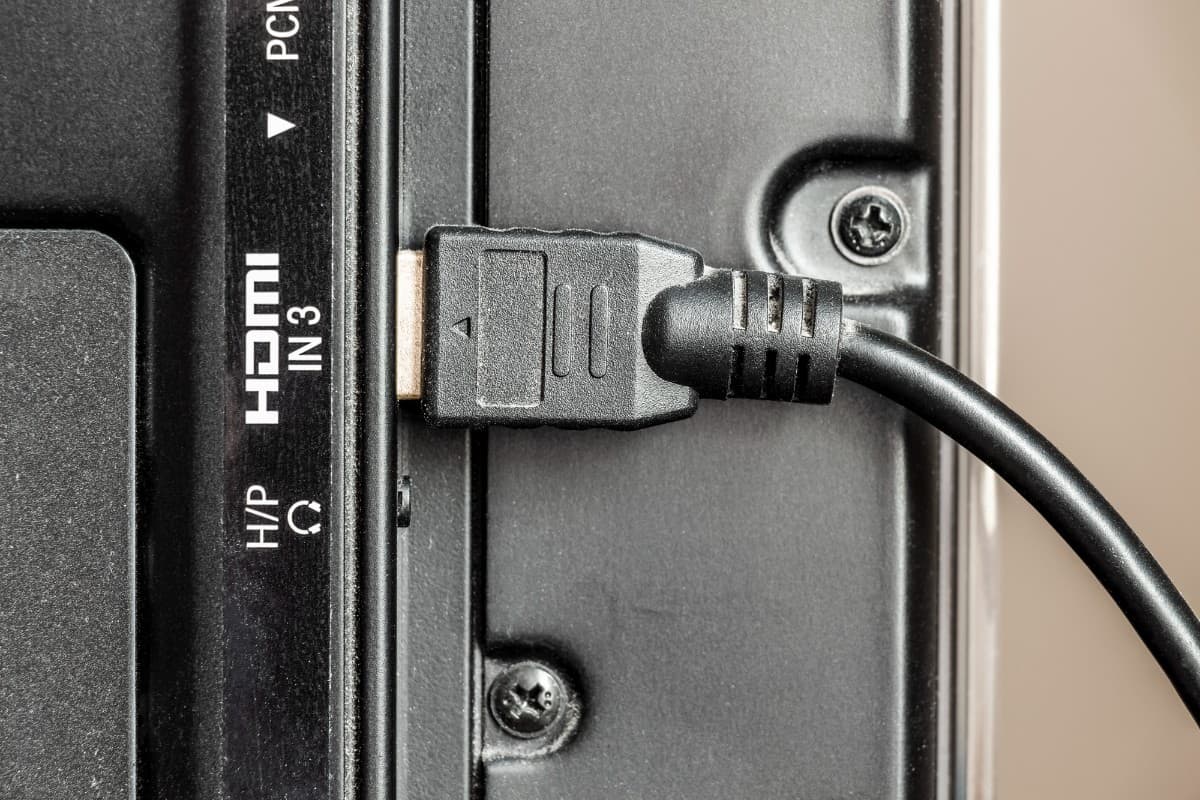 An HDMI cable transfers audio/video data in packets through three different types of channels. These channels are designed to certain specifications, or standards. Standards are like an agreement among users of certain types of technology to make sure that tools of that type function in the same way (e.g., without blowing up the device to which you connect the cable).

The standards for HDMI allow for transfer of compressed an uncompressed audio/video data from your computer using three different packet types that can then be recognized by the display device. 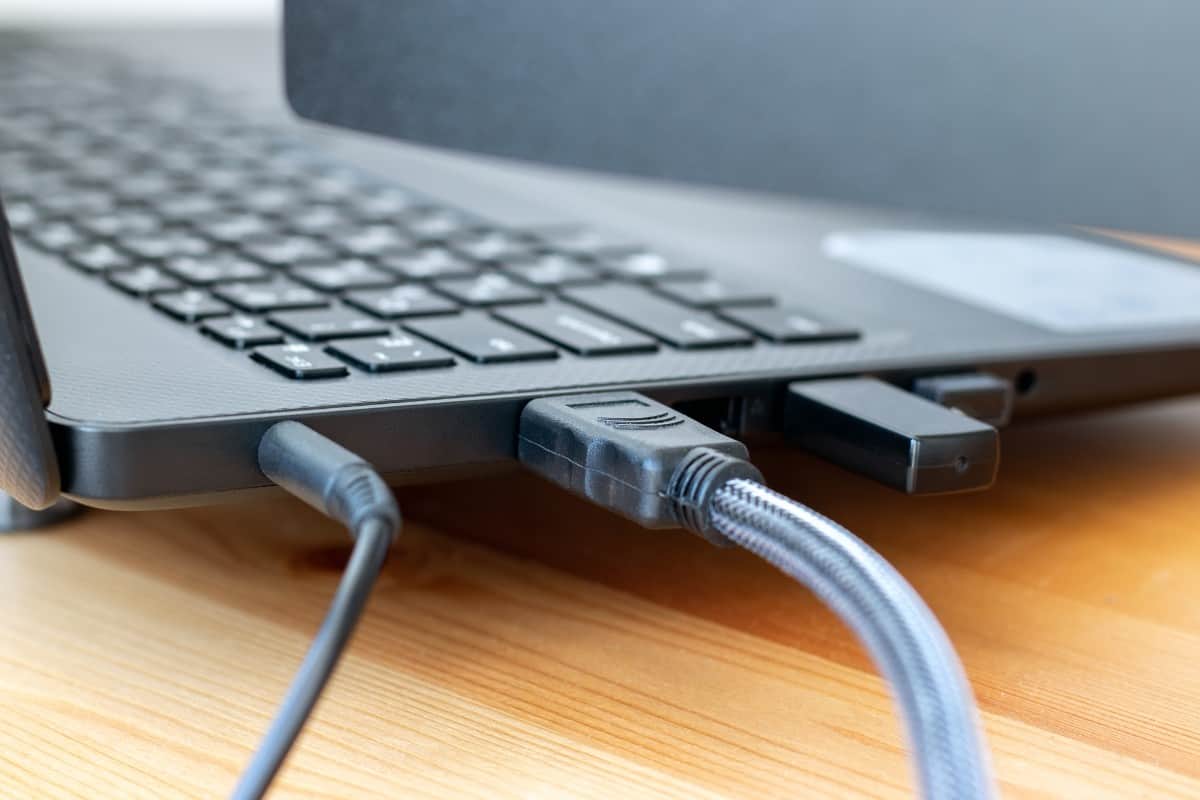 Unfortunately, the HDMI cable doesn’t allow for transfer of other kinds of data (besides audio/video), and doesn’t “translate” the data packets the way another kind of connection, like an ethernet cable, is designed to do. One analogy might be to view HDMI as an herbivore that can only process plant-based food, while another cable (like ethernet) is more like a carnivore or even an omnivore.

Moreover, while an HDMI cable claims a high-speed connection (because you can see the display instantly, right?), in fact, it has separate channels for audio and video that are actually slower for data transfer than other cables like USB or firewire (IEEE 1394). For another analogy, Imagine one as a two-lane highway where everyone follows the speed limit, and the other as a single-lane road where you can go as fast as you like.

What are Some Other Ways of Transferring Data from One Computer to Another?

See also  How to Block Someone on Telegram App

Perhaps the most convenient is to transfer files (including audio/video files) to a storage device via a USB (universal serial bus) port or cable. Most computers that have an HDMI port also have a USB port: a place where you can plug a USB device–or an adapter for such a device—into the computer.

If you haven’t used one already, odds are good that you’ve seen a USB device (sometimes called a “thumb drive”) on sale everywhere from an electronics shop to a convenience store.

Once this device is plugged in, you can use a file management application like PC’s Windows Explorer or Mac’s Finder to find the USB device on your computer and open it in a window. Then, you can drag files from your computer into that window or into any subfolders you’ve created on that device. 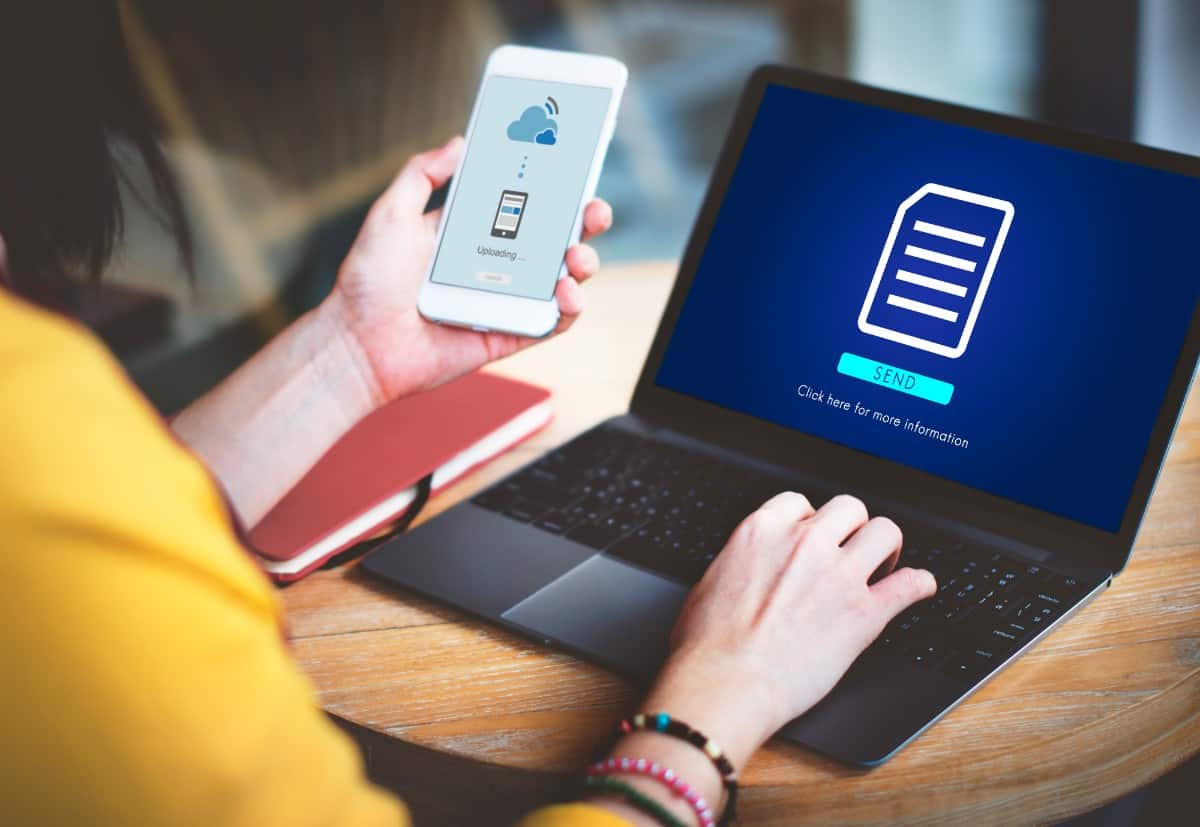 The second most common way to transfer files from one computer to another is via cloud storage. This method requires access to the Internet. If your computer is connected to the Internet via a wireless network or an ethernet cable, you can access a service like Google Drive or DropBox.

Google Drive is a web service powered by Internet giant, Google, that allows one to upload files and folders to a virtual storage space, and then to invite users to view, download, and even edit those files.

To get files from Google Drive to another computer, the user of that other computer (who might also be you) would simply need to open a web browser (like Google), access the file on Google Drive via the invitation link, and then download the file.

3. How to transfer files between two computers using a local area network (LAN) 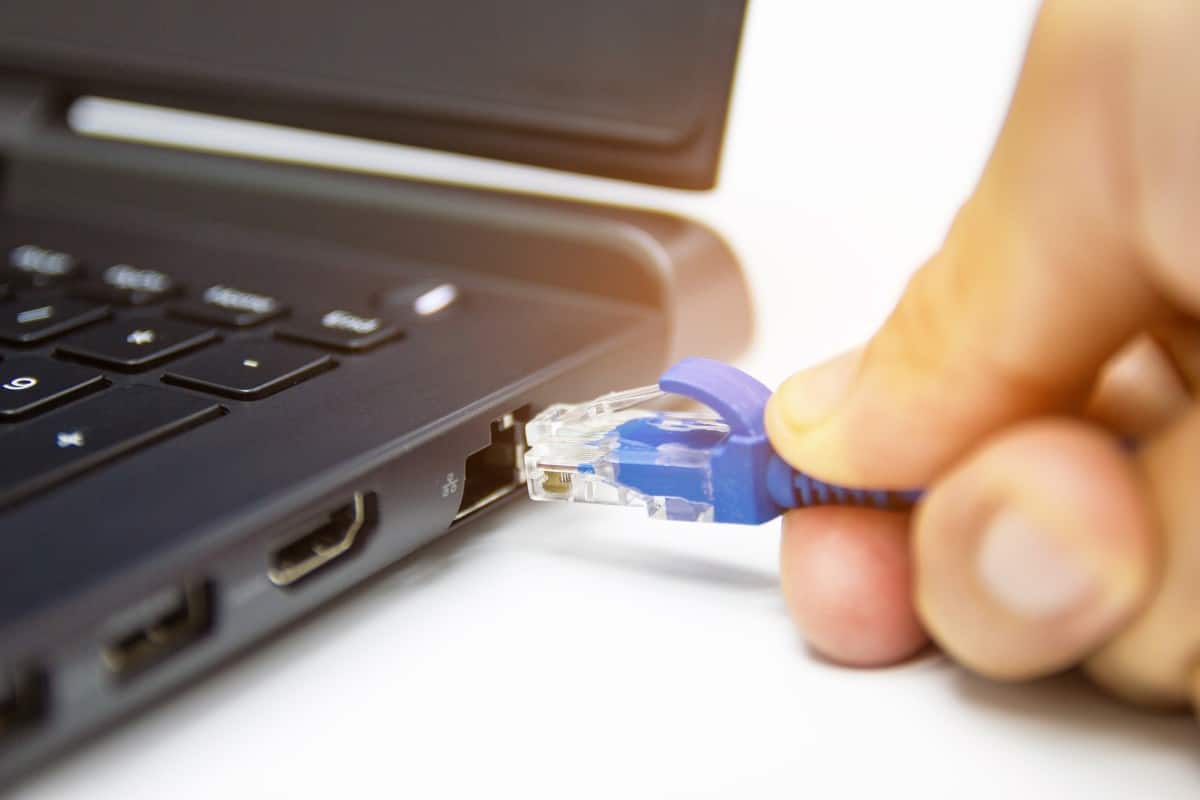 If you have access to the Internet via wifi or ethernet, you might also have access to other computers that are simultaneously connecting to the same local area network (LAN). Perhaps you’ve opened a file management program on your PC computer and noticed that, in addition to the hard drives on your computer (usually named with letters, like “C” or “D”), there is also an option for “Network.”

If both computers you would like to connect have access to the “network” they can be configured to “see” each other: that is, you can make your computer visible to another computer that is connected to the Internet nearby. To do this, you can go to the Start menu on a PC and find “Network and Sharing” or go to the Apple on a Mac and choose the same “Sharing” option from the System Preferences.

From here, you will follow slightly different paths to enable file sharing, either by changing the “Advanced Settings” on your PC to “turn on file or printer sharing,” or by accessing your Mac’s “internet sharing” dialog and choosing “share your connection.”

Mac also has a handy function built right into its Finder program called “Airdrop” that will allow you to quickly recognize any other nearby Mac that also has this function. Whatever the method, you should now be able to see the other computer on the network and drag files to it from your device.

4. How to transfer files between two computers using a firewire (IEEE 1394) cable 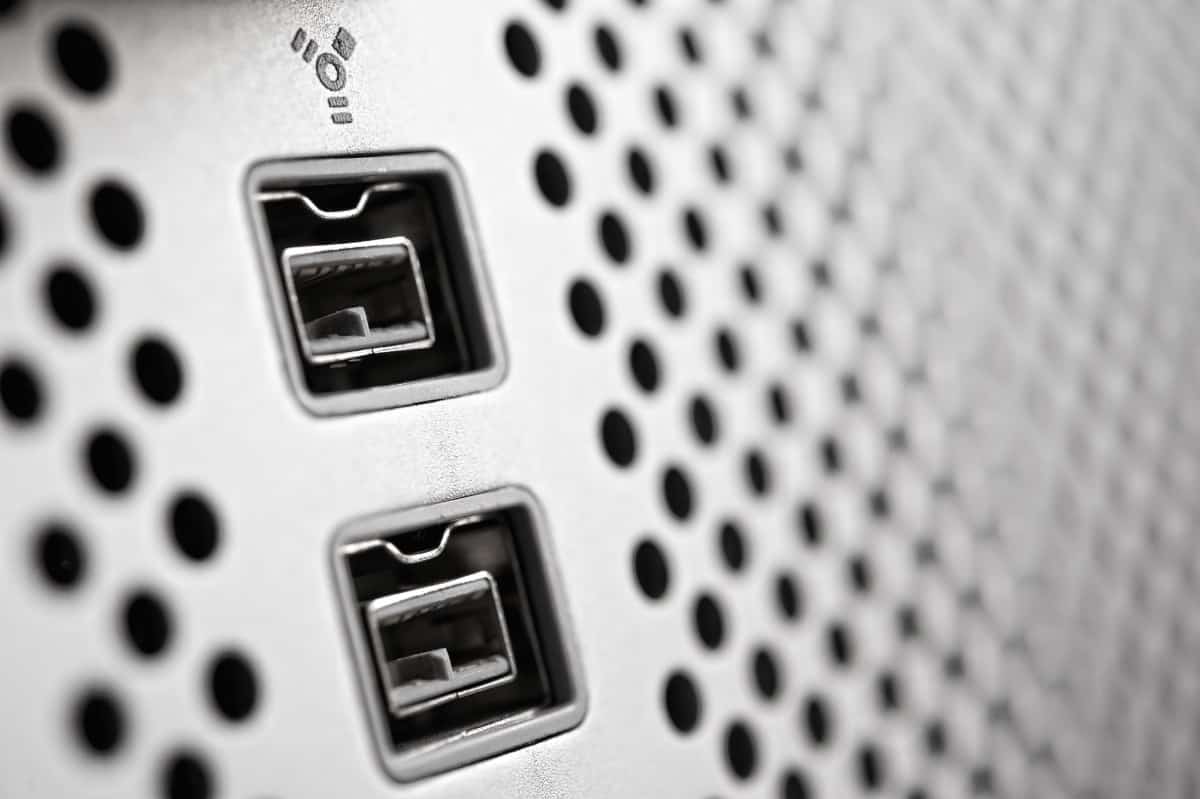 The previous two methods require an Internet connection. But there is a means of connecting two computers via a cable (aha! I knew it!)—just not an HDMI cable. If your PC or Mac has a port that is compatible, simply plug in the firewire cable and do the same with the other computer. Like a USB port or cable, firewire is typically used to connect a computer to a “peripheral” (in this case, another computer, but sometimes a printer or another kind of device).

The main differences between USB and firewire are that firewire allows for more and faster data transfer, and the other device (the other computer) doesn’t even need to be turned on. Amazing, right?

So, as it turns out, it IS possible to connect two computers via a handy cable that allows for fast data transfer—but instead of an HDMI cable, it’s a firewire (IEEE 1394) cable.