The importance of boots was clearly explained in the famous TV-series Friends. The episode “The One with Monica’s Boots” has Monica purchasing a set of expensive boots, even when they are extremely uncomfortable to walk in. Be it a woman or a man, boots are now considered quite fashionable. Thankfully, we have come a long way from those days when the material of the boot would cut into your feet, and all you could think about was taking them off as soon as possible. That long sigh you took at the end of the day was one of relief after taking off this monstrous contraption.

Everything aside, today we are in love with boots. They are in fashion, comfortable, make a style statement, and most important of all, they can be worn anywhere. If you think about it, boots always get more done as compared to shoes. It’s a funny thing but if footwear had a life, then shoes would be pretty busy arguing semantics at a meeting in the boardroom and boots would be in the garage listening to Bon Jovi and fixing the car. Before we reveal the types of boots for men, let’s look at the history of boots briefly:

Let’s keep it short: boots date back to 15,000 B.C. They were first seen in a painting where a man wearing boots made of skin and a woman wearing boots made of fur were standing side by side. Boots were even featured on Khnumhotep’s Tomb during 2,140 B.C.E. Perhaps the most clear cut picture painted of boots dates back to 1,000 B.C.E, where the Scythians belonging to Southern Siberia wore simple boots made of leather with fur leg covering. The boots were lashed by a thin thong of leather.

Shoes and boots have almost the same parts. Let’s have a look at the basic parts first:

Types of Boots for Men 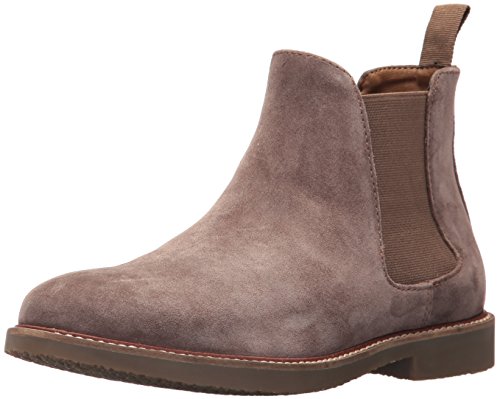 These boots started their tap in the 19th century. The elastic in the middle was a staple during the mid-60. It was all the rage amongst the British. While they were a hit back then, these boots were seldom seen later on, but they have recently made a comeback. They are now featured in many menswear magazines. The boot has a slim silhouette, heel pull-tabs, and elastic side panels. With minimal design, the slip-on style of Chelsea boot makes it quite attractive. It has a

sharp toe box with thin leather sole. The good thing about these boots is that they look good with every apparel style from jeans to chinos and even suits. Have a hot date at night? Want to impress someone? Boot up with Chelsea, and you will have a fabulous time impressing the girl.

The Chelsea boots are available in various materials. The colors that work best with all attires are black leather or medium-brown suede.

Dress boots have their own space on the shelf and the Captoe Dress boots are the epitome of what we call style. This classically designed boot is of medium height with a smooth edge that will go really well with your sharpest tailored business trousers. In fact, they are rugged enough that you can rock them with your beat-up, grungy and selvedge denim. A sharp boot such as this needs to be worn in all its glor,y and we recommend going for the color dark oxblood in leather material.

The Wingtip boot with brogue details is not your ordinary, formal boot style. The design on it makes the boot perfect for informal wear, say for a date night or dinner with friends. The casual footwear has somewhat semi-formal embellishments, which gives it a laid back look. It’s good enough to be worn with a suit and denim. The Wingtip boots were quite popular during the start of the Dalton Plan and even gained the name “Dalton Style”. The name was given to them because they are fashionably flexible and last for a very long time. Due to their style, the Wingtip boots look best in dark cordovan or chestnut brown colors.

The design of Suede Brogue boot is somewhat similar to Captoe boot. However, its style is more casual and rugged due to its heavy stitching and height. This boot looks best in suede material in medium-brown color.

Similar to the Chelsea boots, the Jodhpur ankle boot is a twist on the full length Jodhpurs. The only difference between a Chelsea and Jodhpur boot is that the latter has an ankle strap that goes all the way around. It has this sleek European look and goes really well with tapered trim trousers.

The Chukka boot has a deep history. It dates all the way back to World War II and was first spotted in Africa on British soldiers. It has a few laces and a soft, thin sole. It ties above the ankle and is a great boot for cooler months. The Chukka boot can be worn with chinos, as well as jeans. It’s casual and laid-back design makes a unique style statement, which is why it goes very well with all attires. The colors that best compliment this boot are light brown or tan in suede material.

Also known as a riding boot, this boot has a tough style and can withstand anything. It protects your feet from dust, dirt, and just about anything. The best thing about the harness boot is that they are meant for hardworking men who don’t shy away from labor and adventure. It looks good in every color, but make sure that you get the ones made from the toughest leather.

Similar to the Chukka boot, the desert boot is a creation of the military. It has flexible gum soles and with a pair on your feet, you can walk any dry, dusty terrain. The boot is definitely worth the price because not only is it affordable but provides comfort and has a long life.

Stylish, long-lasting, and strong enough to withstand the coldest weather and still keep your feet warm, the work boot is the ultimate boot without any embellishments. It has a simple lace-up style till the top that gives it a firm grip. Call it workwear because it shows strength when you are in the field. The original work boot is made from thick cow hide that protects your feet.

The ultimate American ranch look is incomplete without the cowboy boot. You can get this boot in two styles: for your fashionable wardrobe that are made for just walking and the other with the hard rider heels for ranch work. This boot is part of a history and today, they are worn on every occasion. We recommend getting a pair in natural brown leather, preferably vintage.

The Alpine boot is a fashion statement that you get to make when you are on a ski trip or a hiking adventure. It is made from sturdy leather and is quite thick to prevent frost bite. Basically, it can withstand any nasty weather conditions and keep your feet safe and warm. It looks best in dark brown color.

The Trench boot came into existence in World War I. It was often called an “officer boot” because it had a formal look. The low profile of this boot makes it compatible with every type of wardrobe. It looks best in a medium-brown shade, due to its classic design.

Originally, this boot was created to provide protection for people’s feet who worked as miners. As times changed, the boot took a new design and adopted the style of riding boots with the ankle strap. The boot has a supportive arch and the pull tab at the top makes it easy for a person to put it on.

The Hunting boot is distinguished by its “moc toe” and the high lace-up closure. This boot is quite strong and to ensure high quality, it is hand sewn. From noble prize winners to college students, everyone wears these boots to make a fashionable and rugged statement.

Let’s go old school: the Hiking boot is a classic and with so many versions of it, the current one is far away from the technical style one thinks it should have. It has the prowess of an Alpine

boot and with the heavy heel support, it gets that rugged look. It is specifically built for hiking and the deep groves in the outer sole are what makes it perfect for adventure.

Similar to the Chelsea boot, the ankle boot is quite snug on the feet. You will find these boots gracing the feet of supervisors at the job site or rock stars. The only difference between the ankle boot and its cousin Chelsea boot is that the ankle part has either a zipper or a strap.

Now that you know the different types of boots that exist and their purpose, you will have a great time buying one and paring it with your clothes.

Similar to the Chelsea boot, the ankle boot is quite snug on the feet. You will find these boots gracing the feet of supervisors at the job site or rock stars. The only difference between the ankle boot and its cousin Chelsea boot is that the ankle part has either a zipper or a strap. 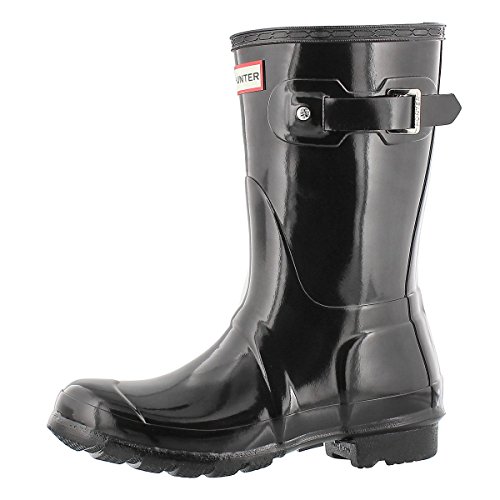 Rain boots for men can be long, mid-length or short.  I have a pair of long Hunter boots which are without a doubt the best rain boots I’ve ever owned.

Rain boots are typically all rubber and designed to 100% waterproof.  Not water resistant, but waterproof.  After all, you need to be able to tromp in the rain, puddles, mud and whatever other water crosses your way without getting your feet wet. 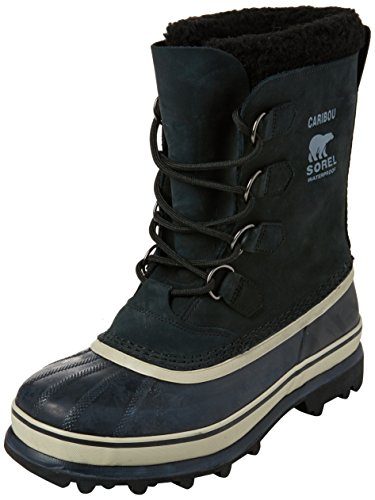 We’d be remiss to not include some form of snow boot.  I own a pair of Sorel Caribou snow boots and they are amazing.  The rubber base keeps my feet dry.  The felt insert fits snugly and keeps my feet warm.  These boots are staple footwear from November to April for me, especially when I head up to the ski slopes.

Now that you know the different types of boots that exist and their purpose, you will have a great time buying one and paring it with your clothes.