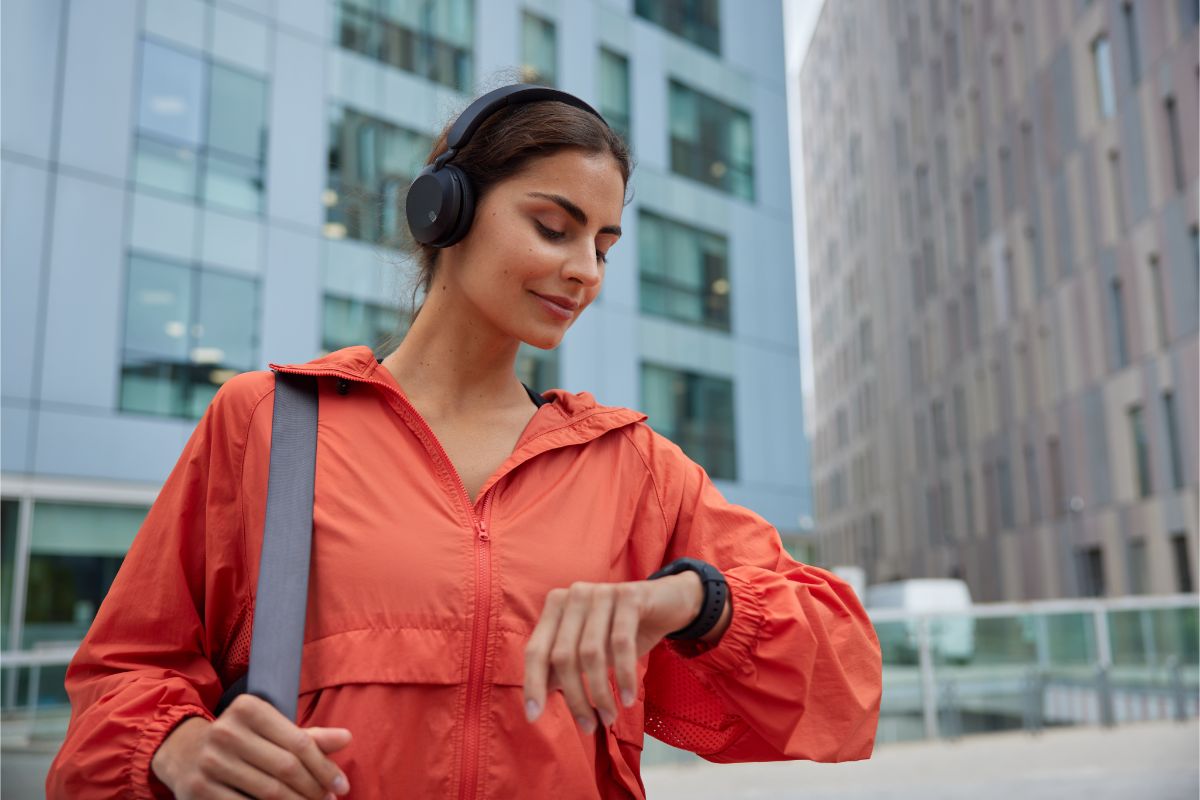 Many of us are looking for ways to capture information about ourselves and the world around us. Furthermore, we want that information to be easily accessible.

No matter if it is how many steps we have taken, our current heart rate, blood pressure, or how well we slept, we want the information quickly and clearly.

Wearable technology is a trend that has been popular for quite some time, and with technological advancements, it has become more valuable and easier to use on a daily basis.

What is Wearable Technology?

Technically, wearable technology has been around for centuries. The first watch worn as a necklace or on a wrist was technologically advanced when it was invented. While that may seem silly to us today, it is true. It also highlights just how far the industry has come.

Wearable technology is an electronic device worn on the body or implanted in the body. They use Bluetooth or the internet to connect to your smartphone or some other device. This device collects the data and then shares it. These devices are in various fields and industries, including fitness, health, fashion, and gaming. 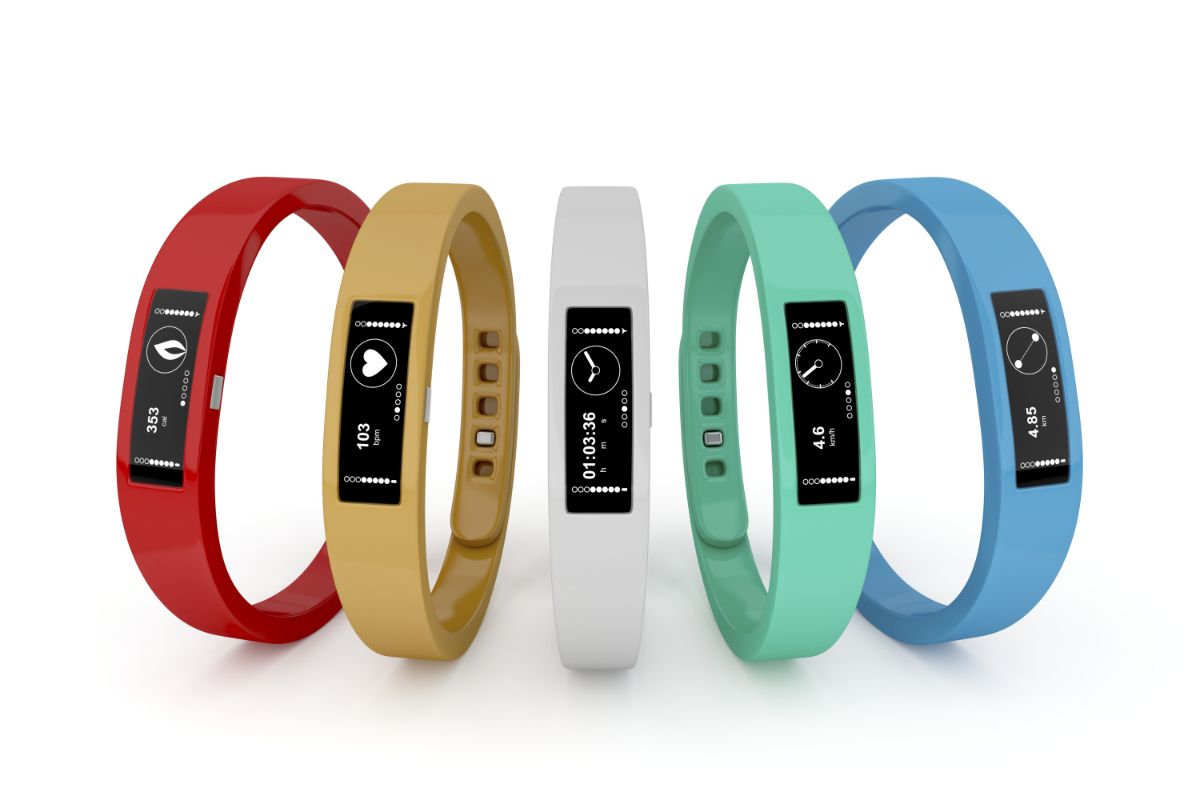 A fitness tracker is typically worn around the chest, on the wrist, or ear. These trackers monitor and track activities centered around fitness and sports. Fitness trackers have humble beginnings and are considered to be the modern day pedometer.

They capture the number of steps you have taken and added on much more. They also capture metrics like speed, distance, pulse, exhalation, calories burned, and sleep. In general, fitness trackers do a reasonably good job of tracking performance.

See also  15 Things to Know Before Setting Up Apple Pay 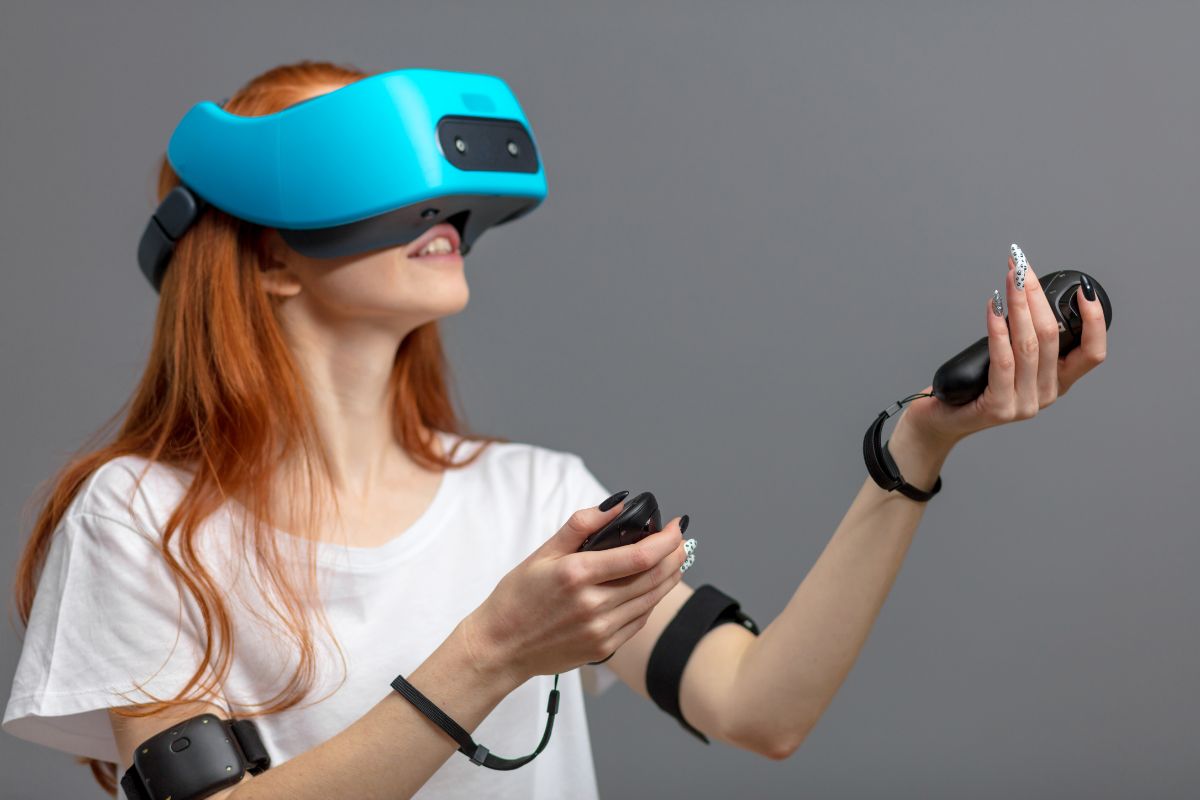 When thinking about wearable technology, we tend to think that it is streamlined, not bulky, and does not get in our way. Head-mounted displays are not streamlined and tend to be a bit bulky.

They go on your head and over your eyes to provide you with a field of view. You can use this device without a smartwatch or smartphone.

Head-mounted displays (HMD) can provide many different types of experiences. For example, it can act as a monitor or provide information that has been superimposed over reality. This is called augmented reality (AR).

In addition, it can be used for virtual reality (VR), which is where you are totally immersed in the view you see on screen. A HMD used specifically for AR gives users the ability to interact with a real life environment and digital information at the same time. In addition, the digital data can also interact with the environment.

See also  Can You Get Netflix Without Wi-Fi?

A VR HMD is one that completely immerses the user in the virtual world. VR HMDs can create a visual simulation that has built-in sensors to detect your movements. At one time, these headsets were bulky and heavy but have since become streamlined and lightweight.

All types of HMD are being used for various purposes in both professional and personal situations. For example, they are used for training at work and gaming at home. 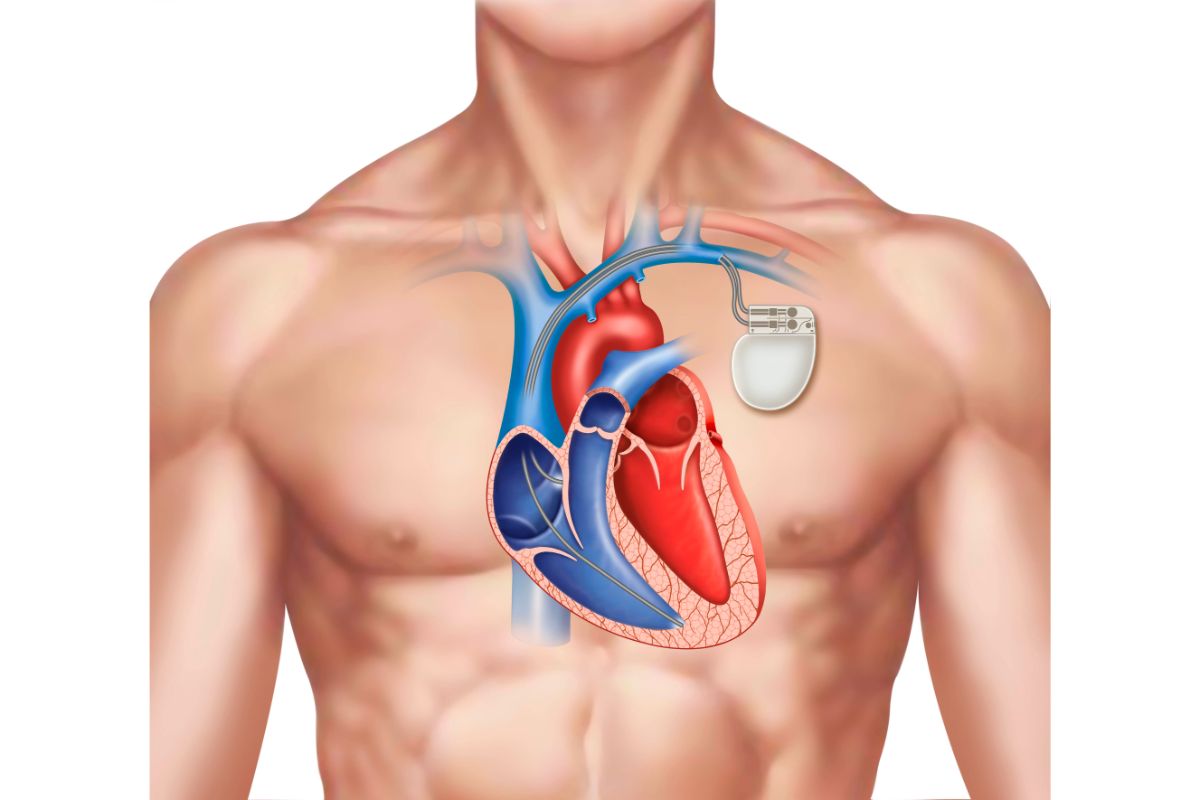 Implantables are wearable technology that makes contact with your body from the inside instead of the outside. These devices are inserted with surgery.

While at first, it may seem farfetched, it is not when you consider items such as a pacemaker and defibrillators are a type of implantable, wearable devices. They are typically recharged wirelessly, so additional surgery is not needed.

There is currently work being done to create other types of implantable devices. There are a large amount of safety protocols and guidelines around these types of devices.

One company that is no longer operational created a pill that had a sensor coating. This pill monitored blood pressure and other health data. Once the pill was swallowed, the user could wear a device external that monitored the data coming from within the body. 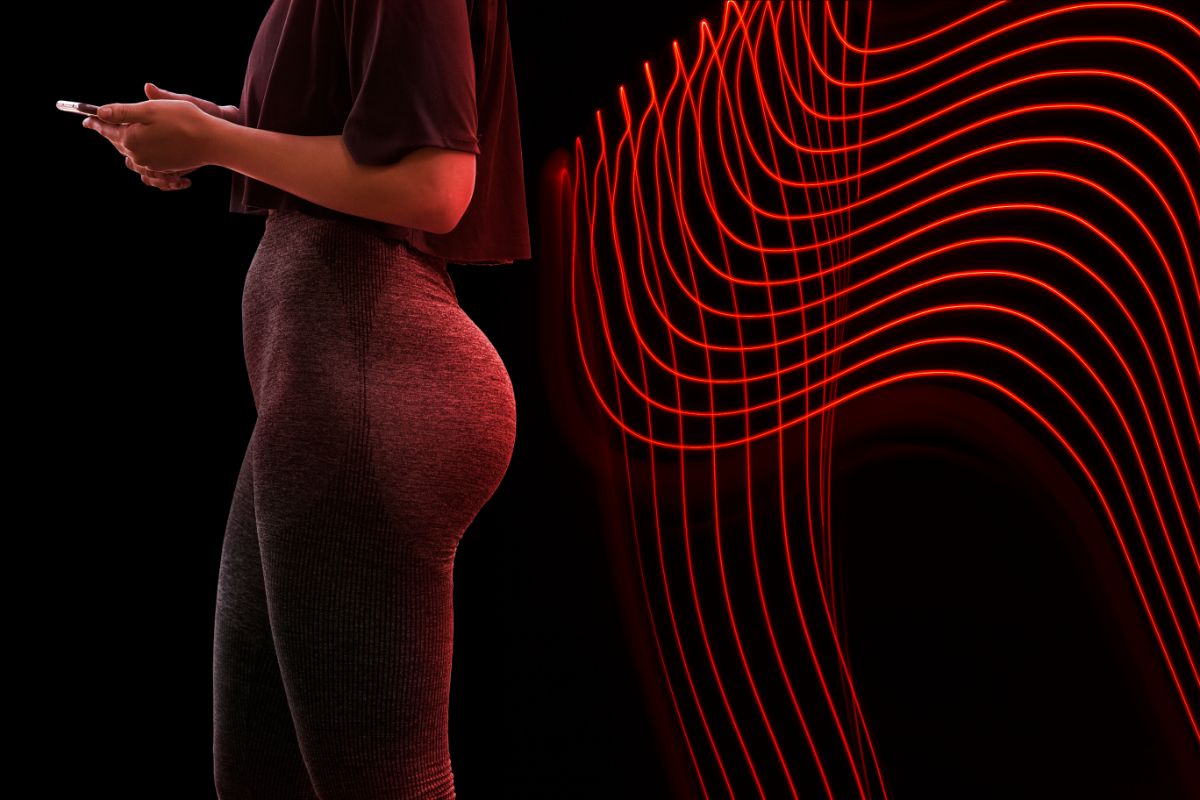 Another type of wearable technology is smart clothing. This includes a wide range of items from helmets, hats, socks, shirts, and more. Professional athletes and their trainers have shown particular interest in this wearable technology.

This clothing is able to monitor the physical condition of a player during training, which can help improve performance and reduce injury. In addition, there is a consideration for smart clothing to be used in other industries, including transportation and firefighters.

Smart clothing is also referred to as electronic textiles or e-textiles. This items are able to make contact with a large surface area of the body. As a result, it can provide more meaningful insight for medical and lifestyle purposes.

Some companies are hard at work doing research and development on these items. In the works is a smart shirt that can diagnose respiratory diseases and smart shoes that can monitor your form while running.

Already on the market are smart socks that can determine if you have foot ulcers developing. There are yoga pants that vibrate to help you improve your yoga poses. Smart swimsuits alert you when it is time to apply more sunscreen.

One of the most helpful versions of smart clothing for parents is the smart sock that wraps around a baby’s foot. This sock monitors the baby’s oxygen levels and heart rate to ensure everything is at safe levels.

There is a base that glows green to let parents know all is well with the baby. There are companies researching ways to make smart clothing work for them.

One company considered putting a tracker in their clothing to determine how often a piece of clothing was worn. Those who wore the clothing more often would be rewarded with various items from the company. 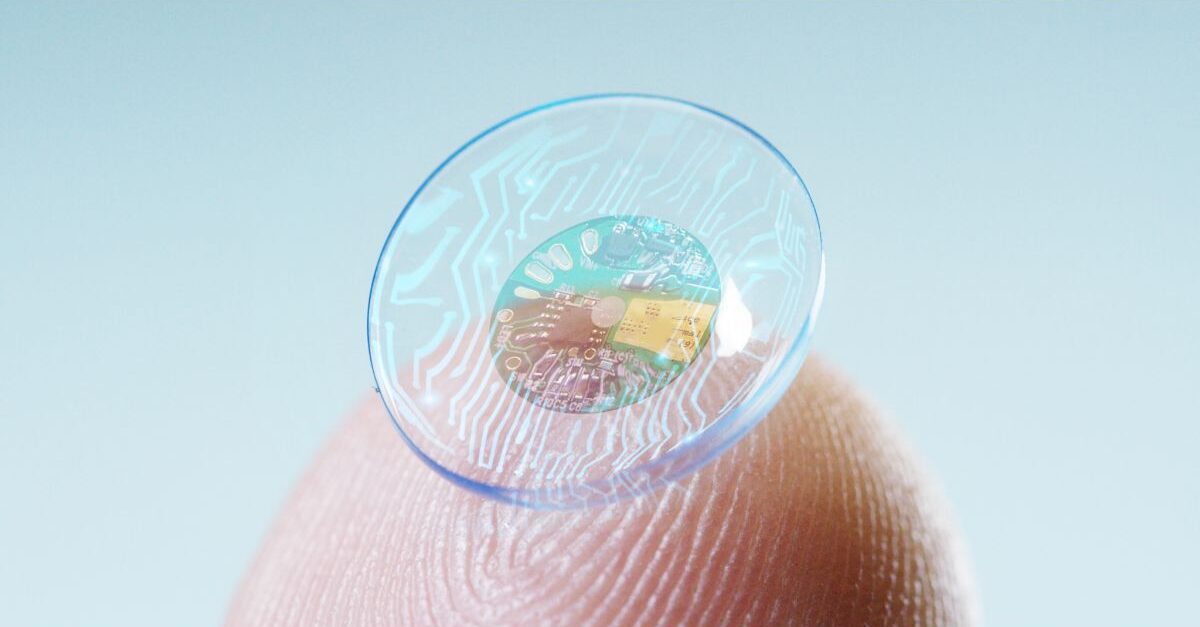 Smart Contact Lens are a recent innovation in wearable technology. These are available on the market for medical purposes.

Smart contact lenses can monitor for diseases such as cataracts, diabetes, and glaucoma. In addition, these contact lenses have been found to help with farsightedness or seeing up close. 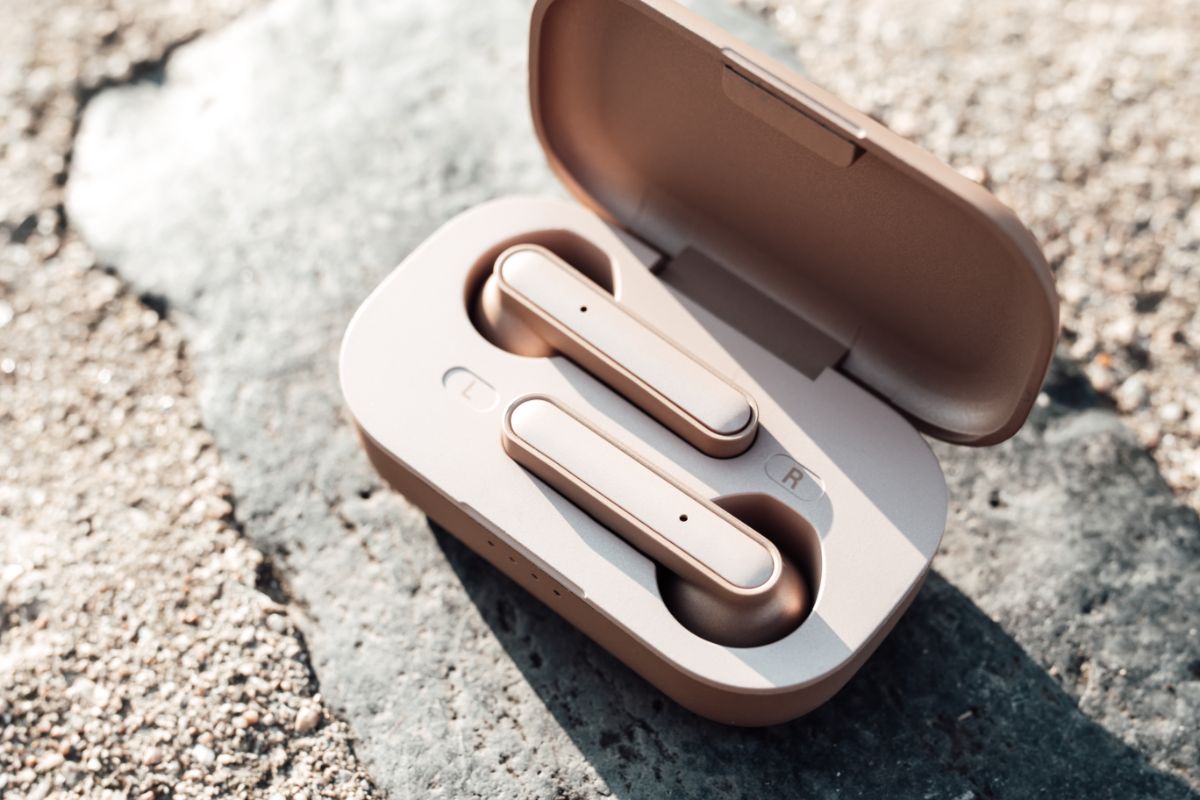 However, there are some steps being taken to make these earbuds smart. Smart earbuds have a compass, GPS, and gyroscope built into the earbuds.

In addition, there are sensors in the earbuds that transmit information to a smartphone. This allows the phone to know your movement and direction. The result of this is that you are able to receive directions in real-time. 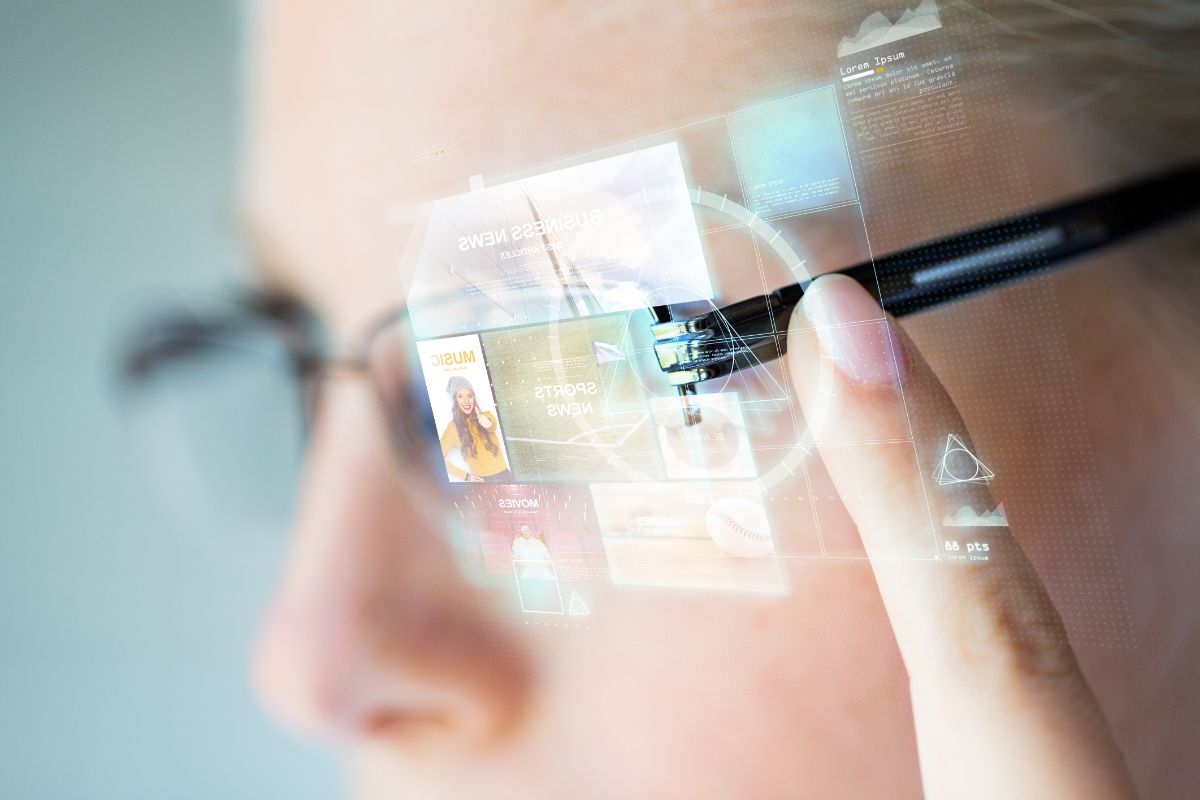 Smart glasses have been developed with variations on design and functionality. They can be divided into two different groups. The first group of smart glasses is paired with a smartphone because you need a smartphone to see images.

The other type is one that needs a wired connection to view images. The displays in the smart glasses can be monocular, which means both pictures are displayed in one eye.

Smart glasses can also have a hands-free calling, wireless music, and live stream videos. In addition, some smart glasses are enabled by AR, giving you an immersion experience. For example, you can read text messages and reply to them without your hands. 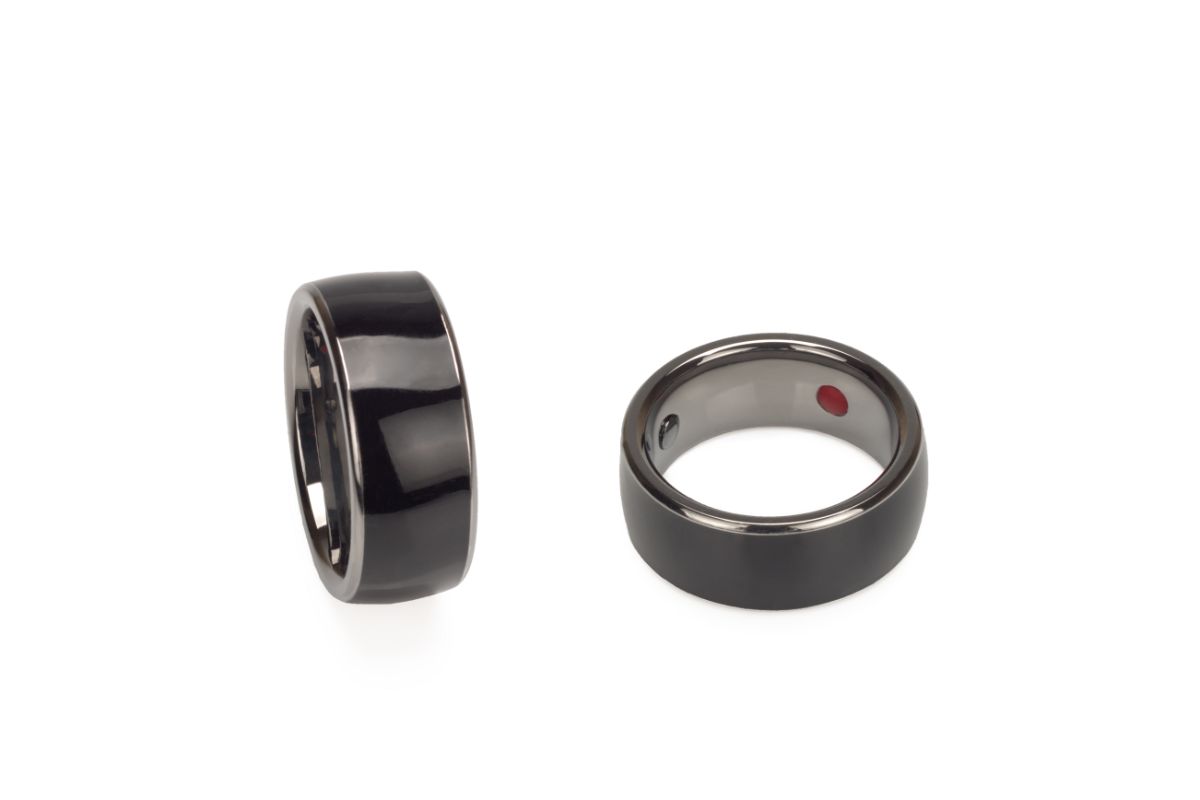 These are small smart wearables. One of the most well known smart jewelry options is a smart ring. It is worn like a traditional ring.

It captures data tracking your health. This information can be reviewed at a later time on your smartphone. Smart jewelry has expanded into bracelets, bangles, and earring backs.

Smart jewelry also seems to be less intrusive than other wearable smart devices. For example, they can monitor your heart rate, sleep, and fitness and even alert you about an incoming phone call. 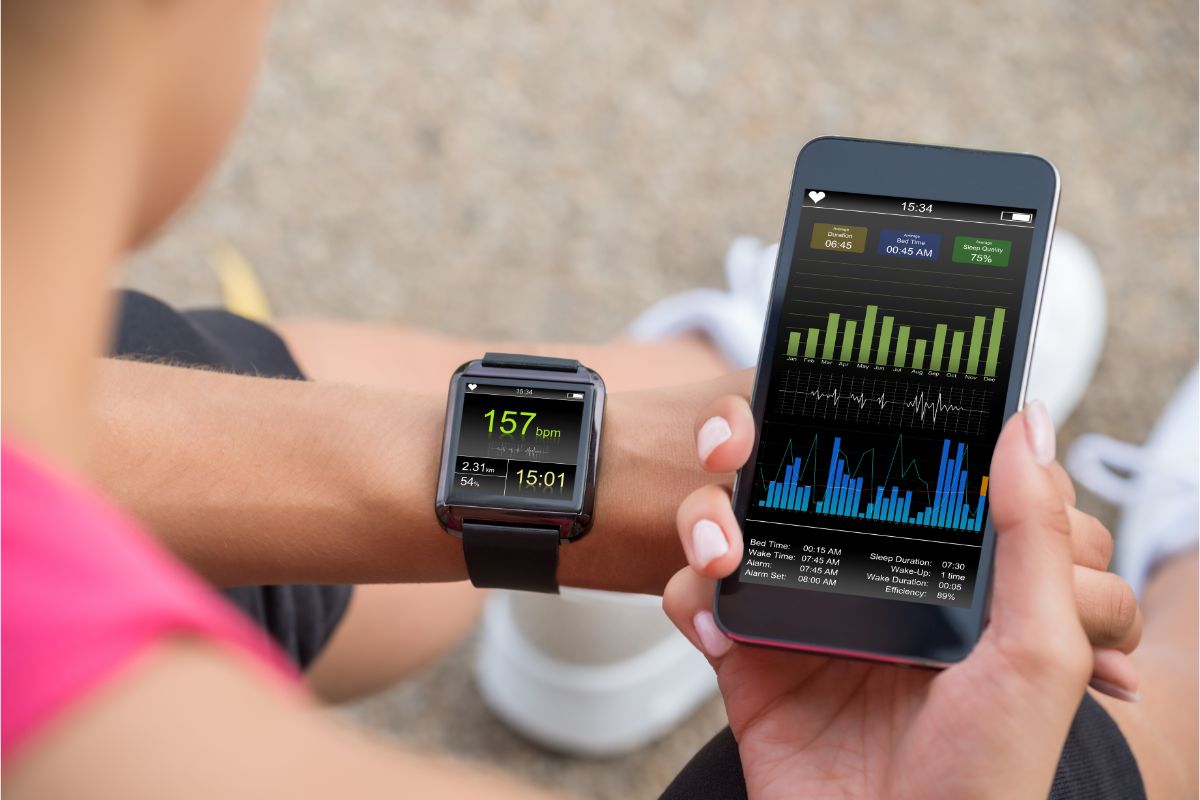 Smartwatches are miniature computers or computerized devices that are intended to be worn on your wrist that have ever improved communication functions. Smartwatches are constructed to be mobile-based.

Some of these devices operate while paired with a smartphone or other devices. These watches give you another screen that alerts the user of notifications about phone calls, calendar reminders, and messages that you received.

Smartwatches have been developed to be waterproof and include GPS tracking and health and fitness capabilities. They also allow the user to read and send messages which removes the need to hold or look at their phone.

These watches can also be used to capture and analyze specific hand gestures like smoking. Designers are always working on new ways to update their software and the features they offer with their smartwatch. 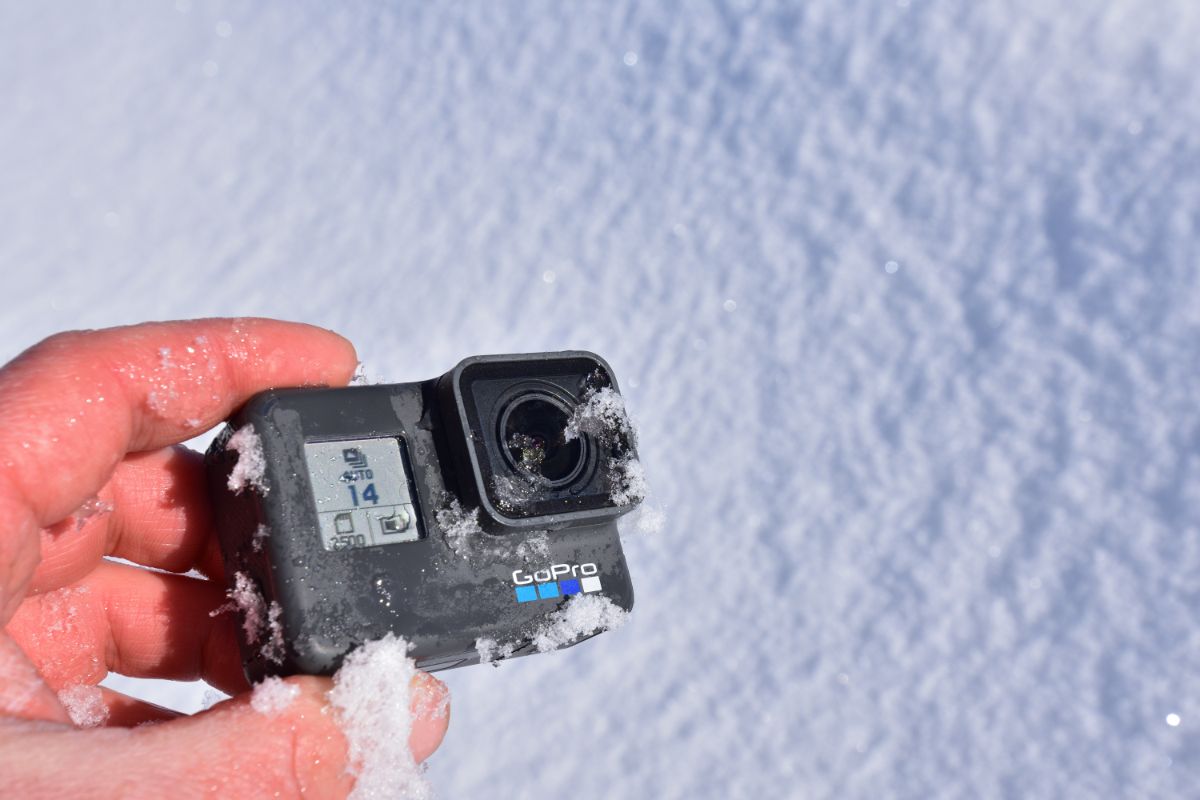 There are two different types of wearable cameras. The first type is a small camera that can be worn in the ear or on helmets.

The other type is a larger version that needs an attachment to be worn. It is critical that you ensure your wearable camera is installed properly, so it does not fall. 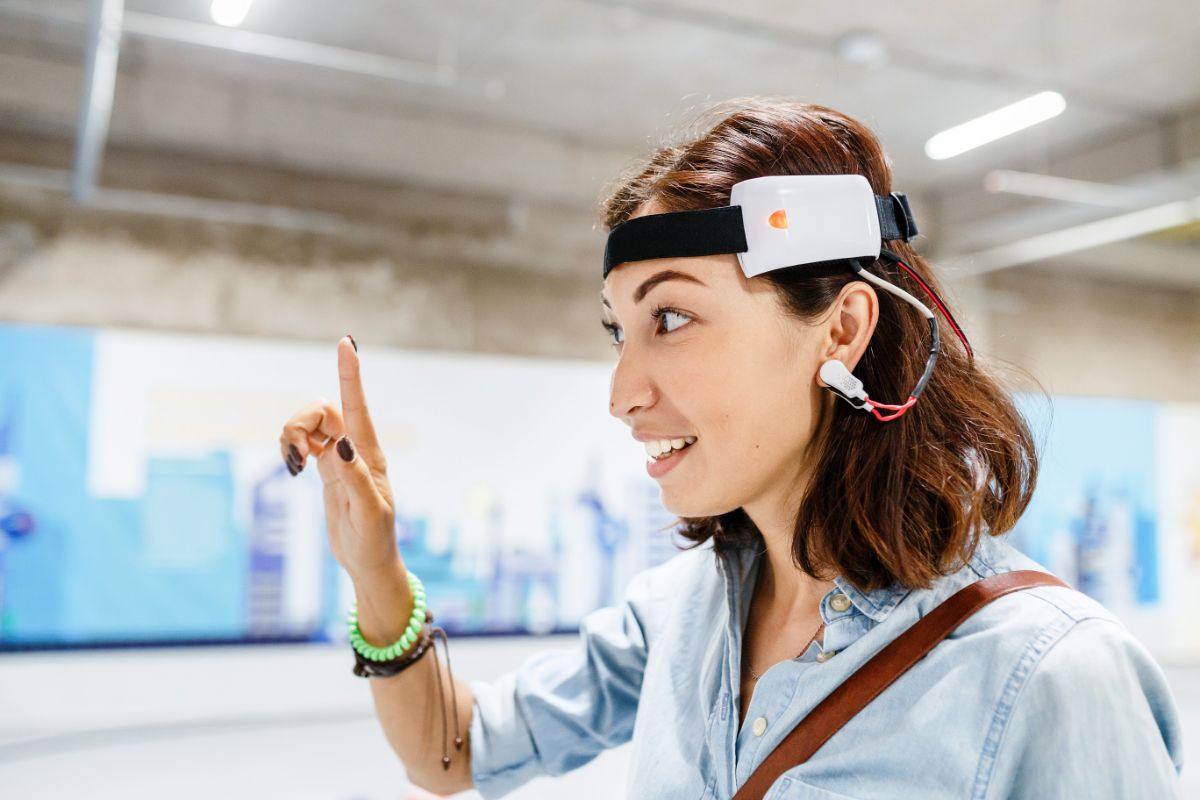 A wearable medical device has one or more biosensors that monitor multiple types of physiological data for the early diagnosis of diseases as well as disease prevention. Digital health wearable equipment is typically grouped with other types of wearable equipment.

This includes activity monitors, smart clothes, and patches to help collect relevant health data while using non-invasive device sensors. These devices can be used for health monitoring of blood pressure and heart rate.

For example, a wearable medical device can track metrics for those that suffer from diseases related to high blood pressure or heart rate.

Some examples of wearable medical devices include one that monitors core body temperature. This device is able to help you with your heat training.

Heat training can up push your training into overdrive and prepare you for marathons, endurance runs, and Iron Man. Extreme athletes are likely to be interested in this type of technology.

Until these were invented, these athletes had relied on electronic probes or pills. A pro breathing trainer can help athletes improve their lung capacity.

This can also benefit someone that has suffered from a disease that has impacted their lungs. A breathing trainer and the application that goes with it can help you improve your lung function and help you breathe faster and more efficiently.

What Are the Benefits of Wearable Technology? 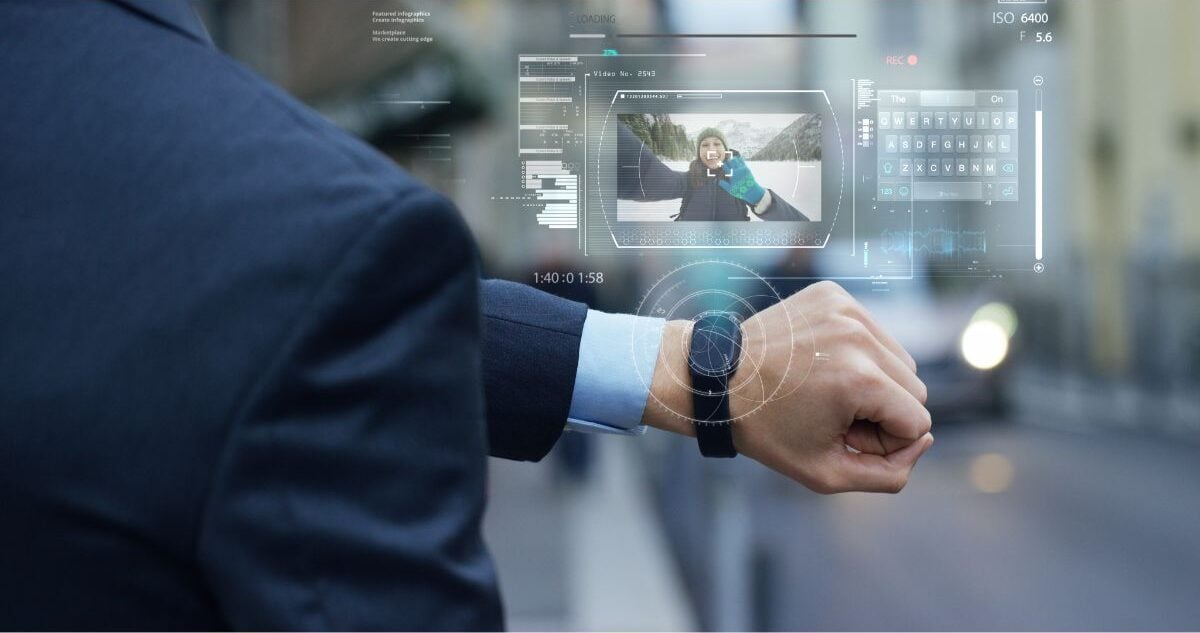 Wearable technology can help improve your productivity. This type of technology gives you information faster. They are considered hands-free scanners, which are ideal for applications that require you to use your hands.

Wearable technology can also enhance your speed. When you are working, deducting seconds from the time it takes to complete a task can be beneficial.

When utilizing wearable technology, there are fewer interruptions at work which can increase your speed. In addition, you spend less time picking up a mobile computer during your workflow process.

Wearable technology is a convenient way to monitor progress during exercise or just during your regular daily activities. The user is able to track heart rate, the number of calories burned, and the number of steps taken.

Businesses are adopting wearable devices like smartwatches to track customer data and view analytics in real-time. Smartwatches allow users to learn important information like current news stories, check messages, and keep up with their calendars with just a quick glance at their wrist.

With increased technology, wearable devices are becoming more streamlined and smaller, so they do not get in the way while you are wearing them.