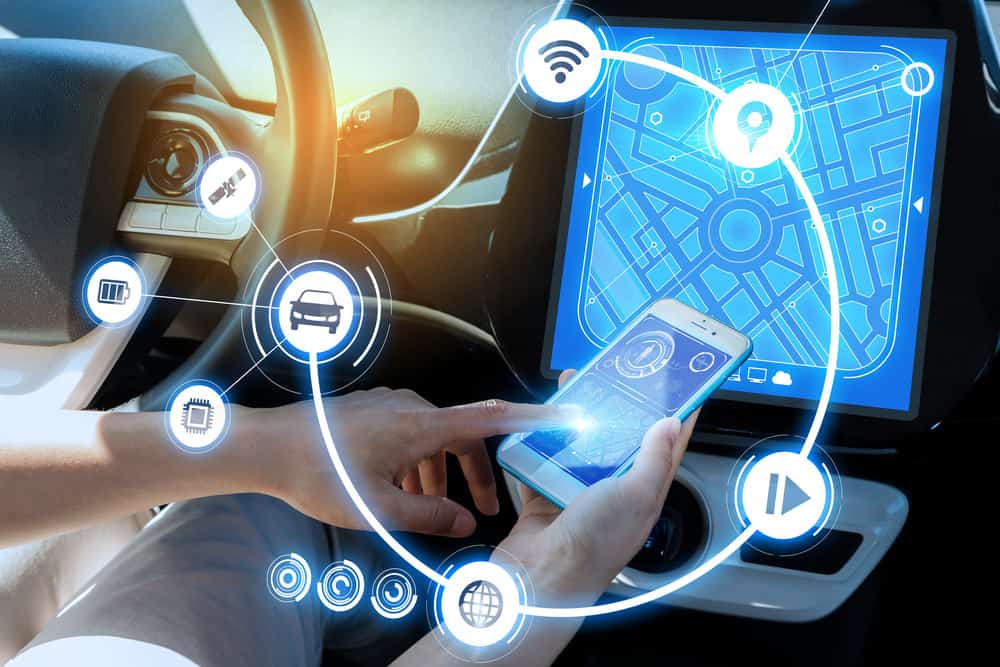 These days you can’t read about tech or walk past the newest gadget without hearing or seeing the words Bluetooth enabled. If you are over a certain age, you remember the jokes about not knowing if someone was talking to themselves or using the hands-free device that used the new Bluetooth technology.

Since those early days, Bluetooth has spread everywhere. It enables hands-free use of your cell phone by connecting to your car stereo in most newer models. You can use Bluetooth capability to unlock your Chromebook or laptop if you have forgotten your password. Now technology has advanced to the point where through the power of Bluetooth, you can even connect your smartphone to your smartwatch.

Like many things we use frequently, Bluetooth has become something we use every day without thinking about it. We have become so accustomed to it that we’re shocked when something is not Bluetooth equipped, but most people probably don’t have any idea about how it works.

Where did the idea for Bluetooth come from, how does it work, and what else could Bluetooth possibly have in store? Keep reading to learn more about the history of Bluetooth, an overview of how it works, and some fun facts.

Contents show
What Is Bluetooth and How Does It Work?
The History of Bluetooth
What’s the Difference Between Bluetooth and WiFi?
What’s Next For Bluetooth?
Bluetooth Enabled Devices You May Not Have Heard Of
Conclusion

What Is Bluetooth and How Does It Work?

The purpose of Bluetooth is to allow multiple devices to communicate with each other wirelessly. When Bluetooth was first developed, the transmission of information between devices required RS-232 data cables.

Bluetooth is the standard for the wireless transmission of data. The Bluetooth Special Interest Group (SIG) is in charge of protecting the trademark and determining the standards that need to be followed.

Bluetooth technology uses UHF radio waves to transmit data from a device, such as your cell phone, to another device, like your car stereo, headphones, or smartwatch. UHF stands for Ultra High Frequency. These radio waves range from 300 megahertz to 3 gigahertz. These are the same waves used by cell phones, WiFi, and television.

Hills and other large objects are capable of blocking UHF waves, but they are able to travel through walls. Bluetooth specifically uses the 2.402 GHz to 2.480 GHz bands.

Bluetooth technology was developed to eliminate the need for cables when enabling two devices to communicate with each other. Similar in concept to WiFi, Bluetooth is designed to work at a shorter range, and use less power.

The History of Bluetooth

The development of the wireless technology used in Bluetooth started in 1989, originally conceptualized for wireless headphones. In 1996 Intel, Ericsson, and Nokia began collaborating to determine the direction of this technology, and the industries it would bring together.

To reflect the spirit of this collaboration, and the goal of combining technological industries Intel’s Jim Kardach suggested a name for this new technology. Bluetooth, after King Harald Bluetooth Gormsson, who united Scandinavia.

The first Bluetooth headset hit the shelves in 1999 and won The Best In Show Technology Award at COMDEX. The first commercially available cell phone with Bluetooth technology was offered in 2001, the Ericsson T39. It had enough memory to store 1000 contacts, WAP internet capabilities, and a 101 x 54 monochrome LCD screen.

Looking at it today, it seems simplistic compared to the pocket computers that smartphones have developed into, but without this phone, and the work that went into developing Bluetooth technology, most of the technology we have today would function very differently.

Bluetooth started as an exploration of hands-free communication and has expanded into many other avenues of computer technology. Appliances and lightbulbs can now be connected to your phone, and you can use Bluetooth to monitor your home’s security. Bluetooth has connected almost every device in your home and allows you to control all of it from your cell phone.

Bluetooth’s road to the top hasn’t been an entirely smooth one. Along the way, they have encountered hiccups, such as speed, privacy concerns, and connectivity issues with the advent of 4G.

Each version of Bluetooth has ironed out more wrinkles, improving security and speed, and addressing connectivity problems. Perseverance in the face of these roadblocks is what has allowed Bluetooth to stay a relevant player in the tech world instead of becoming obsolete.

See also  How to Find Someone on Telegram App

What’s the Difference Between Bluetooth and WiFi? 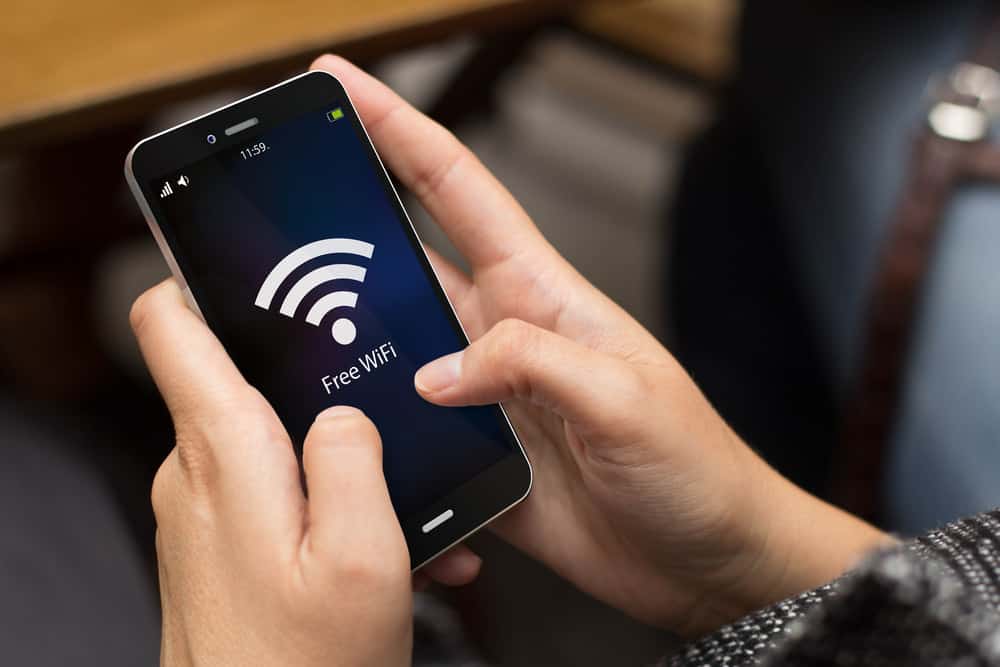 On the face of it, Bluetooth and WiFi may seem to be similar, or even competing, technologies. This is not the case. They serve different purposes and enhance each other. WiFi transmits large amounts of data from the internet to computers, and is designed to work over long distances. Bluetooth is designed to work over short distances, and transmits very small amounts of data, using less energy than WiFi.

Bluetooth requires devices be paired with each other so they can communicate. WiFi will connect automatically if you have a password. They can be used together to make things more convenient.

What’s Next For Bluetooth?

Bluetooth is still innovating and developing new products. As the world advances, they are finding new ways to utilize Bluetooth technology.

Their current focus is on Mesh Networking. Mesh Networking is a tool used to create large scale device networks. Mesh is primarily being developed for commercial use in markets that require thousands of devices to communicate with each other.

Bluetooth Director of Marketing David Hollander has also dropped a few hints about other directions Bluetooth may be heading. Version 5.1 has the potential to support a direction-finding feature.

This could enable devices to find objects within a very short distance. In the short term, this would enhance devices such as the Tile tracker. Hollander, however, envisions this being used for more than finding lost objects. He speculates that it could be used to guide visitors through museums, or direct people to theatre and stadium seating.

See also  Can Wifi Have a Virus?

Bluetooth will always be linked to audio and will continue to improve the wireless headphone experience. They have accomplished this by requiring a standard codec for all Bluetooth devices.

They also hope to improve upon the technology Apple introduced in it’s AirPods, allowing devices to broadcast to more than one speaker simultaneously. By doing this they have improved the sound quality, as well as the battery life of your devices

They will be rolling out this new technology later in 2020, or at the beginning of 2021. The new audio system promises users that they can link several devices at one time.

This new advancement is also making things look promising for hearing aid users. This technology should allow them to plug directly into whatever they’re watching. Without the hearing aid work around background noise, the hearing impaired can more easily hear their movie, or tv channel. For more detailed information on the Bluetooth Audio LE, check out this preview by The Sound Guys.

The hope is that by being able to transmit through more than one speaker, you can use any Bluetooth enabled speakers to enhance your tv viewing experience by transmitting through all of them at once and creating surround sound.

Smart lighting and smart home features continue to grow in popularity, inviting further developments in the area of home technology solutions. Features we never thought possible, such as lightbulbs that support wireless speakers are available at accessible prices. It is only a matter of time before more new products utilizing Bluetooth technology are released.

Bluetooth Enabled Devices You May Not Have Heard Of 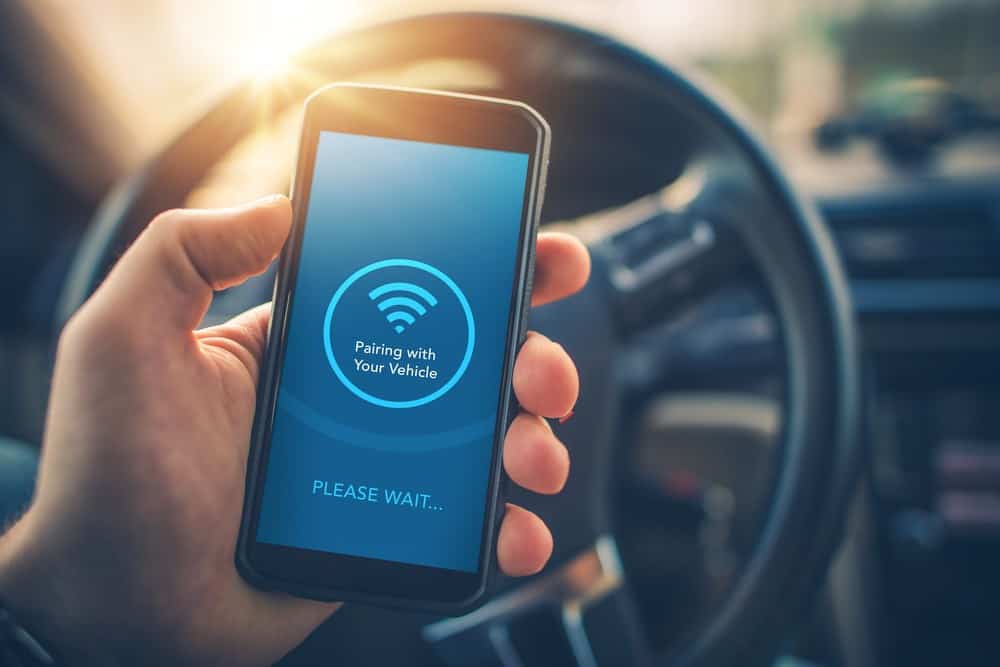 Bluetooth technology has been incorporated into some interesting things. If you are a tech lover, you may have heard of, or even purchased some of these.

Appliances, shoes, lightbulbs, speakers, lamps, Bluetooth has made its way into many of the objects we use every day, and into some that it would just be fun to have.

Bluetooth has come a long way since it was first introduced. It has become incorporated into our lives more than we could have imagined. Like the smartphone, Bluetooth has become an intrinsic part of our society and has had a major role in the direction new communications technology has developed.

It’s impossible to imagine a world without Bluetooth, and it is amazing to see how much this technology has changed the way we interact with each other. It will be amazing to see how things develop and the innovations made by Bluetooth in the upcoming years.